After working as a solar panel engineer in Switzerland for five years, Thomas briefly took a position  with Bret Brothers in Mâcon before returning to his childhood hometown with Anne-Laure. Shortly after, the duo took over the family domaine from Marcel.

Thomas takes his inspiration from the supportive natural winemakers in the area, such as Jean-Louis Dutraive, Paul-Henri Thillardon, and Yann Bertrand. All wines are farmed organically, indigenous yeasts are used in the cellar,  and only a touch  of SO2 is added right before bottling. For vinification, whole-cluster grapes are cooled off in small batches before semi-carbonic maceration, and then the wines are aged for 8-9 months in old 600L foudres. 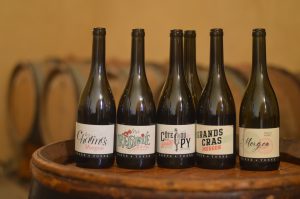 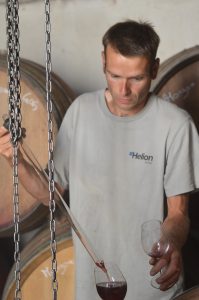 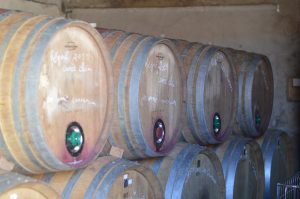 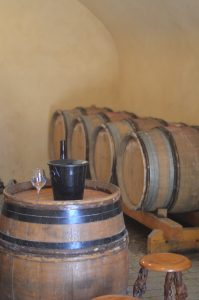 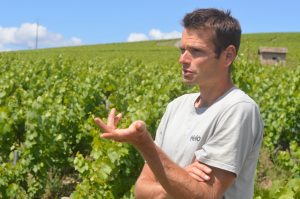 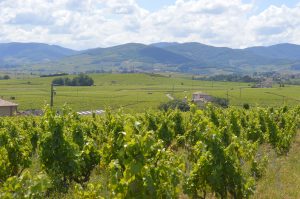 "A climate which is aptly named when you get the privilege to taste it. Les Charmes is arguably the most enchanting wine of Morgon appellation with its seducing mouth and charming character." -Winemaker Thomas Agatensi

"A truly structured wine marked by its dominant side. A vibrant tribute to the famous Cote du Py' hill, overhanging the neighboring climats of Les Charmes and Grand-Cras while staring at Régnié vineyard." -Winemaker Thomas Agatensi

"This eponymous cuvée named as a tribute to Anne Laure and Thomas ' first little girl, is greatly inspired by Cléa's genuine personality as Thomas likes to say : full of character." -Winemaker Thomas Agatensi

"Grands-Cras climate is a daily challenge to work on but above all else, this vineyard brings out a thrilling outcome when you manage to be patient and attentive with it." -Winemaker Thomas Agatensi 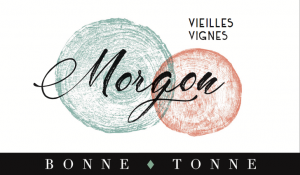 "This Régnié cuvee holds a particular place in my heart. Although being less serious than its fellow neighbour of Morgon, this plot remains a personal pride, a little toy which I have always been looking to acquire as a native child of Régnié. I go...