Fondugues Pradugues produces low-intervention, biodynamic-certified wines on the presque-ile of Saint-Tropez, the iconic Provençal destination. In the 1960s, Danielle Rey purchased two farmhouses surrounded by 14 hectares of vines in the plain of Ramutuelle, a unique site surrounded by rolling hills, kept fertile by numerous underground aquifers, where the evening temperature is often 5º C (10º F) cooler than in Saint Tropez. The local names for the farmhouses, Fondugues and Pradugues, refer to this unique site - ‘ugues’ is the local patois, or slang, for water.

Fifty years later, in 2010, her son-in-law Stephen Roberts decided to move to the property full time with his young family. For many years, the vineyards had been farmed conventionally and the harvest sold off to the local co-op. Before deciding to produce their own wines, Stephens’ first instinct was to convert the vineyards to organic agriculture, for the health of his own family and for the land. After trying in vain to convince the local co-op to work together on a range of organic wines, Stephen decided to begin making wine on his own. At first, it was to satisfy his own curiosity about what the vineyard could produce if the wines were made with little intervention.

For several years, the wines were made in the garages, sheds, and any spare space he could find, and by 2020, Fondugues Pradugues began to bottle their entire production onsite in a newly built sustainable winery. The vineyards are certified biodynamic, and all of the wines are produced with minimal intervention. Grapes are harvested beginning at 4 am, with the goal of getting everything pressed while the grapes are still cool in the morning. Fermentation is done with native yeast, and the majority of the wines are aged in stainless steel tanks for 4-5 months before bottling with no or minimal added SO2.

In a highly tourist-traveled spot with a craving for rosé that responds to consumer demand for a single style of “provence rosé,” Fondugues takes the radical step of making terroir-driven natural wines that reward curious drinkers with the true taste of the terroir of Ramutuelle, their beautiful corner of Provence. 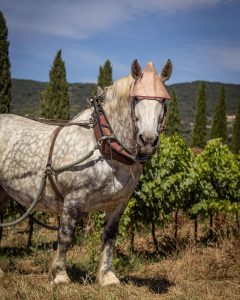 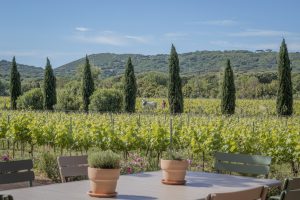 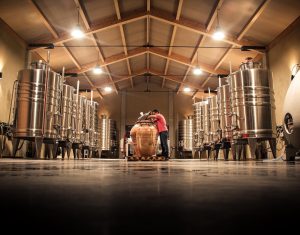 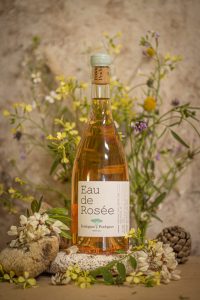 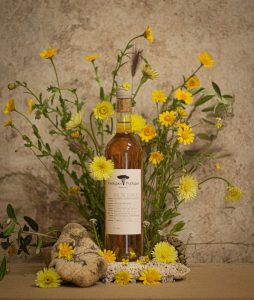 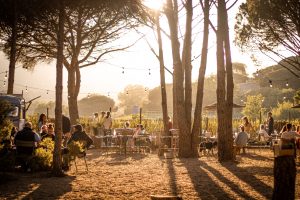 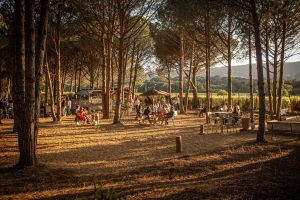 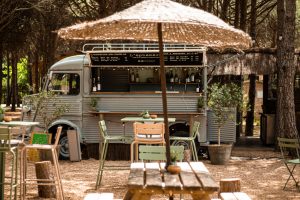 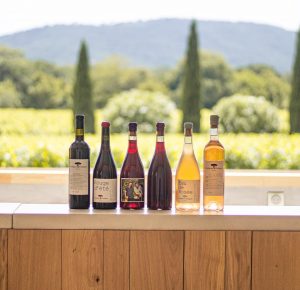 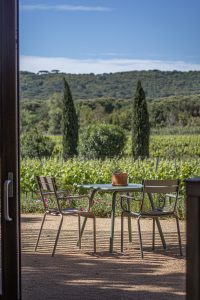 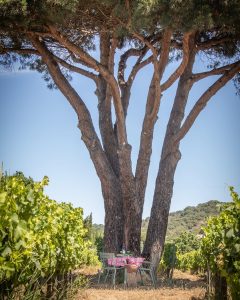 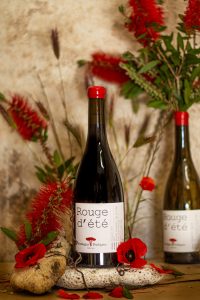 Words of Fondugues Pradagues: "This light-bodied, delicate wine is made from a blend of noble grape varietals. Like a fine perfume, its light, fresh bouquet reveals delicate aromas. Eau de Rosée embodies the essence of our terroir in all its comple...

Words of Fondugues Pradagues: "A full-bodied wine, its nose reveals continually evolving and intense aromas structured around the spicy Syrah, which then give way to the fruit of the Grenache to remind us that we are in Provence! Given time to bre...

Words of Fondugues Pradagues: "Rouge d’été has defined our new line of red “vins de soif” for those who search for a red wine to complete their summer dinners. This wine has a brief elevage inside our concrete egg shaped tanks, helping it to keep i...

Words of Fondugues Pradagues: "While the Grenache gives its structure to the wine and the Rolle its smoothness, the Cinsault brings to the Eau de Source 2020 fresh red fruits aromas. Lastly, a very small amount of residual sugar (3g/L) will make t...