Michel Couvreur whiskies are distilled in Scotland, then slowly matured in a unique collection of ancient and special casks, ranging from century-old Pedro Ximenez sherry barrels to Vin Jaune barrels from the Jura. Each cask is treated individually and develops for decades before cellar master Jean-Arnaud Frantzen decides when it is ready for blending and bottling.

“Michel Couvreur had a very personal and truly revolutionary vision of what whisky should be: more than terroir, more than the distiller’s touch. It was the maturing in oak casks that truly helped the grain spirit become whisky. From 1978 on, having settled in the French region of Burgundy, he decided to make it his life’s work and to dedicate his research to a process that he once compared to cross-fertilization.”

This quote from Jean-Arnaud Frantzen aptly describes Couvreurs passion and aptitude for maturing whisky, but truly only scratches the surface of the amazing story behind Michel Couvreur, the visionary craftsman who passed away in 2013. Growing up in Belgium in the 1950s, Couvreur worked briefly as a teenager in the coal mines before moving to Burgundy in 1978, where he established himself as a wine négociant. Around the same time, a wealthy aunt passed away, leaving him (her only heir) with a sizable fortune.

With an artist’s sensibility, Couvreur decided to invest the majority of this windfall to a grandiose project. Since his time working in the mines, Couvreur had been passionate about tunnels, and decided to hire the same company that built the famous Mont Blanc tunnel to create an enormous underground labyrinth into the limestone hill below his home in Burgundy. At the time, London was the center of the wine trade, and Couvreur would travel frequently to the United Kingdom to see customers, as well as find new ones, and during these trips, he developed an interest in whisky. In 1986, with another stroke of inspiration, he decided to plant his own fields in Orkney Scotland, using a wild variety called Bere Barley. The distillate was brought to his cellar in Burgundy, and Michel Couvreur whisky was born.

Today, Couvreur is known for the methodically slow approach to maturing whisky and for their collection of old sherry barrels that impart a unique texture and flavor. Everything is bottled unfiltered to preserve the spirits’ natural flavors. The range includes over a dozen different bottlings, ranging from the young Clearach to the classic Overaged Malt Whisky, and an ever-changing range of special bottlings from single distillations or single casks. 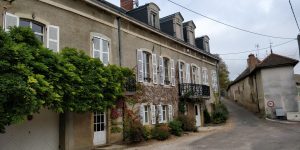 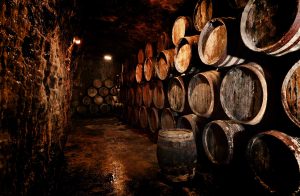 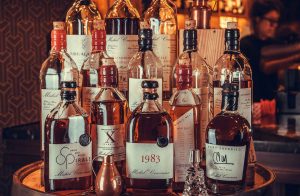 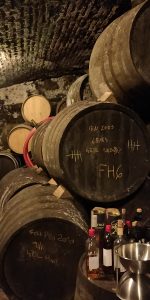