Sentier is a delicious, refreshing, and organic Provençal rosé crafted in collaboration between Paris Wine Company and Château Bas. Located just northwest of Aix-en-Provence, vigneron Philippe Pouchin began farming organically since his arrival at the Château Bas in the early 1990s. Prior to his retirement in 2018, Philippe spent decades working to create balance in the vineyard through biodiversity. As he describes it, “The vines grow in the middle of the grass like a tree in a prairie. This way of farming creates a lot of biodiversity, which has allowed the domaine has to eschew the use of traditional plowing. This effect of biodiversity makes the vineyard more resistant to imbalances in the weather and other ill effects. We find a certain wisdom centered around the idea that it’s more efficient to bend to the will of nature and accompany it rather than to fight against it.”

Despite running the domaine as if it were his own, the actual owner of Château Bas preferred the sunny weather and a glass of rosé by the pool as opposed to the hard work of taking care of vineyards and making wine. After Philippe’s retirement, Château Bas was sold, and today, the wines are better than ever, thanks to the care of new winemaker Vincent Deturmeny, who is able to benefit from the vision of Philippe Pouchin as well as the new investments in the winery made by the new owner, Philippe Castéja.

The label is inspired from a vintage luggage sticker album which Paris Wine Company founder Joshua Adler discovered at an antique book and magazine dealer in Paris. 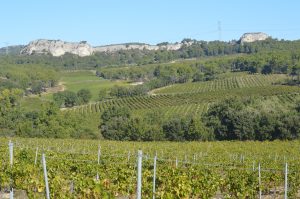 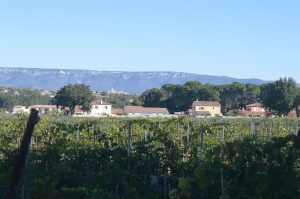 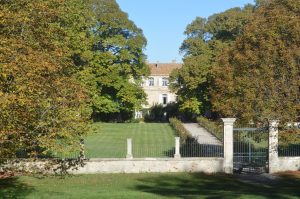 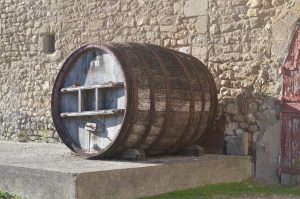 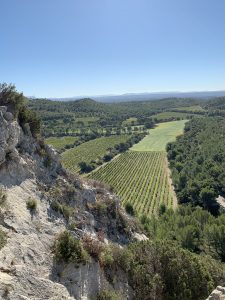 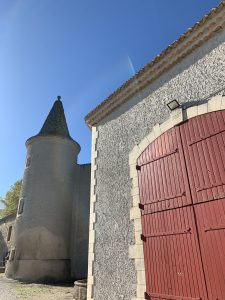