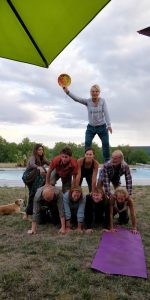 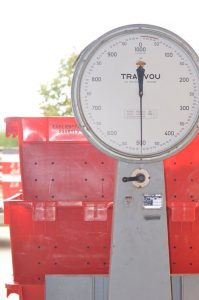 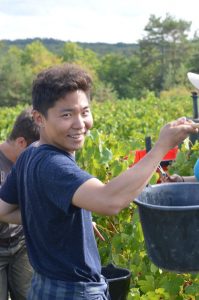 Bénédicte Ruppert and Manu Leroy have fully embraced the biodynamic philosophy more than any other winemaker I’ve seen in France. On their plateau above Essoyes where Bénédicte’s father used to raise sheep, there is now a small farm next to their home and winery. In addition to making their own biodynamic preparations and compost, they take care of horses, cows, chickens, and sheep, and grow the crops to feed everyone, themselves included. 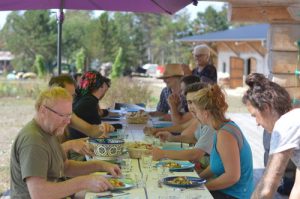 The harvest crew consisted of travelers, artists, acrobats, retired wine lovers, and the occasional American wine exporter. The domaine has four parcels, and each one is bottled separately each year as a single-vintage wine: Martin-Fontaine (100% Chardonnay), Les Cognaux (100% Pinot Noir), Fosse-Grely (50% Pinot Noir, 50% Chardonnay), and Papillon (100% Pinot Noir). We arrived in the middle of Fosse-Grely, the largest parcel, and began picking Pinot Noir alongside the rising sun. By the end of the day, the team of 15 or so vendangeurs had picked enough grapes to do one press, and enjoyed a hearty dinner with a bit of folkloric dancing before turning in to get up before dawn and head back to the vines.

(For those of you who have been following the domaine for a while, Papillon is technically part of Fosse-Grely, but has been bottled separately since the 2014 harvest) 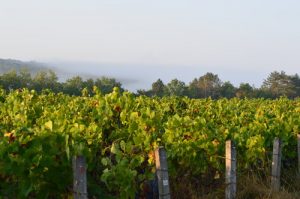 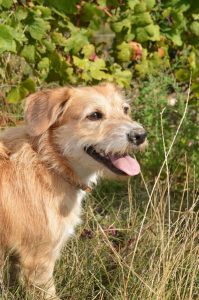