Justin Dutraive summarizes the 2019 vintage in Beaujolais as hot, dry, and ripe. “We thought we’d have strong wines like in 2017, but a long-awaited rain came two weeks before harvest and saved the grapes,” he says. “Fruit was ripe and juicy, which led to very fresh and clean juice.” Dutraive notes that hot temperatures returned during harvest for about two weeks, which caused a big difference in maturity amongst his plots from the beginning to the end of picking.

Yann Bertrand remarks that an early bud burst followed by a rapid freezing period caused him to lose two hectares of fruit. However, warm summer temperatures and low amounts of rot/disease in the vines gave way to pretty decent maturity across the rest of his parcels. “Early on, we experienced two weeks of mild rain which completely changed the organoleptic character of the vintage,” says Bertrand, stating that hotter temperatures later on in the vintage allowed for balanced weights/yields.

Bertrand also points out that late summer rain caused a slight drop in both alcohol and acidity. “Therefore, we have a very drinkable, gourmand, and ready-to-drink vintage,” he says. However, his northern Beaujolais-based vineyards in Juliénas and Saint-Amour experienced less rain, which ultimately led to more robust wines with slightly higher levels of alcohol in cuvées from these appellations. 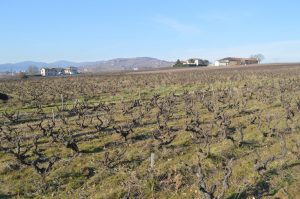 Over at Pierre Cotton, harvest began on September 10th and ended on September 21st. Unlike at the Dutraives, Marine Bonnet highlights a rather heterogeneous maturity amongst the Cotton plots, noting that all of their fruit was ripe at the same time. “It was not so easy to manage the days of harvest for each plot — but we went out and did it!” she exclaims.

Similar to Bertrand, one of the Cotton plots (Le Pré) suffered from freezing temperatures, though aside from that, everything else went very well. “There was hail in the south of Beaujolais, but not on our plots,” she says. Bonnet cites that 2019 vintage quantities were similar to that of 2018 and are of very high quality. “In terms of vinification, everything was done the same: spontaneous fermentations and 10-15 days of carbonic maceration. The wines are now in barrels until spring/summer. For us, it is a magnificent vintage!”

Dutraive agrees. “This year the vinification was really good, marked by fresh yet slightly more mature fruit,” he says, highlighting slow fermentations and overall complexity. “The final results are great. We have fresh and fruit-forward juice. HAPPINESS!”