Overall, it was an unexpected harvest – After the frost in April, which caused extreme damage, I thought that the harvest would be poor, but in reality there were more grapes than expected, so we survived. There was a lot of work in the cellar, and certain cuvées are more sumptuous and delicious than others, so the rest of the wine will be sold in bulk. Thank you all for caring about our lives and our problems in the vines that we cherish so much. – Jean René de Fleurieu (Château de Montfrin)

This is my 43rd vintage as a winemaker. 2021 was very, very complicated. First frost (the vines were ‘blocked’ for four weeks), then a very rainy spring followed. We had a lot of mildew and late veraison, and therefore a very late harvest, which finished with an overall very small quantity which ultimately saved the vintage. In the end, I was surprised by my morale at the beginning of September… I am still happy. – Arnauld Daudier de Cassini (Cassini) 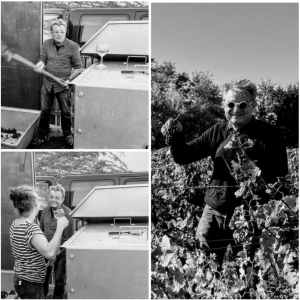 The 2021 vintage has been the worst for us since we started. Between frost, hail, and disease, we only have a small part of the harvest left. However, the grapes in the cellar are of good quality. The ferments are going well for the moment and the juice is leaning towards giving us a very fine vintage! – Pierre Cotton and Marine Bonnet

We have already finished the harvest! This year, it has been particularly long… We have had an unusually hot and very dry summer, although daytime temperatures have not been extremely high, the lack of water has been worrying at times. At the end of August, when it seemed that the grapes were at their peak, the rains appeared (abundant rainfall), which diluted the alcohol content a little and delayed the ripening process. In the end, the wait is always worth it, and we have some tremendously aromatic musts in the cellar. “ – Enric Soler 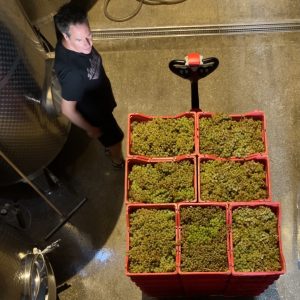 It was a very complicated year from start to finish. We had to take utmost care in the vineyards so that the few grapes remaining would fully ripen in September. 2021 was a very hard year for a poor result. The grapes were fragile, and it will be necessary to apply the same rigor in the cellar that was demanded in the vines. – Guillaume Michaut

Harvest went well – it’s kind of the only “sunny” period we’ve seen this season. We started harvest on September 20th, which is one full month later than last year. The state of health in the vines after this first year in biodynamics (conversion) was good in red and white. There was a little powdery mildew on Meursault and Saint Romain,  which was removed before the harvest by our team. and the rest during sorting in the winery. We are happy with the purity of the 2021 juices even though we are barely doing half of a normal harvest. – Pierre-Henri Rougeot (Domaine Rougeot) 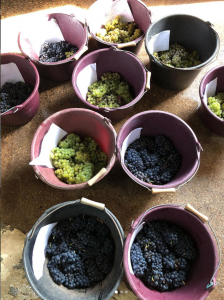 I will say that the vintage went rather well for me. The Chardonnay harvest was great, but it was a nervous and tough moment, as we lacked a lot of grape pickers. However, I didn’t suffer too much. I had a few vines that froze in the Aube, but the rest was great. – Etienne Calsac