It’s been a thrilling ride for Nancy Kerschen and Julien Cecillon since they started their winery in a basement outside of Tournon back in 2011. They’ve acquired old-vine parcels in Saint Joseph and the backside of the Hermitage hill, planted vines in the famous Saint-Joseph vineyard, and just finished insulating the roof at their new winery in Tournon, which is actually a lot more exciting than it sounds. 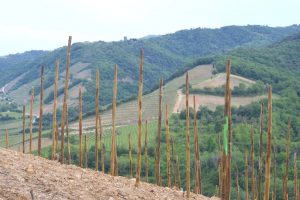 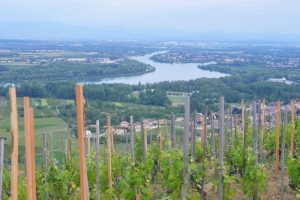 The Syrah “Les Graviers” has a basic and charming origin story: Graviers means gravel, and is meant as an antidote to the aspirational names often found on wine labels. Julien says the name was inspired by their basic and charming winery, which was formerly used to warehouse gravel. Ironically, the parking garage below the market square in Tournon is also named Les Graviers, where Julien spent much of his childhood. In any case, the wine would taste great after a trip to the market or a day of hard work in a gravel shed.

Gamay “La Savane” is a bit of dark horse from Ardoix in the Ardèche hills. The vineyards were classified as Saint-Joseph in the 1960s, but locals realized that Syrah didn’t ripen fully at the high altitude. In the 1980s, the vineyards were replanted to Gamay, farmed for a decade, and then abandoned. When Julien and Nancy acquired the 2 hectare vineyard in 2015, the grass came up to their shoulders. With a bit of imagination, the overgrown grass was reminiscent of the African Savannah, AKA,  La Savane.

Both of these wines have just been bottled and will be on their way out of the winery in the coming months, so stay tuned! 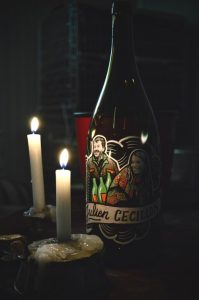 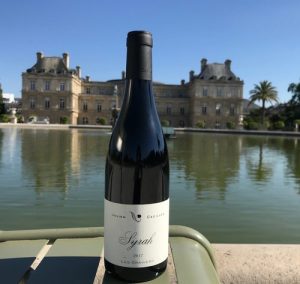 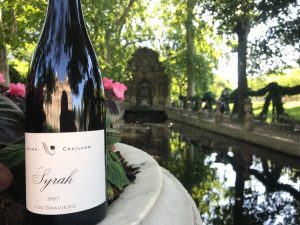