It had been far too long since we had visited the Loire. Of course there were initially a number of trips planned this year, but all trips involving drinking and spitting had to be either cancelled or planned with precaution. With Quentin and Justine (a Loire native), we finally started our trip out west to Muscadet territory. 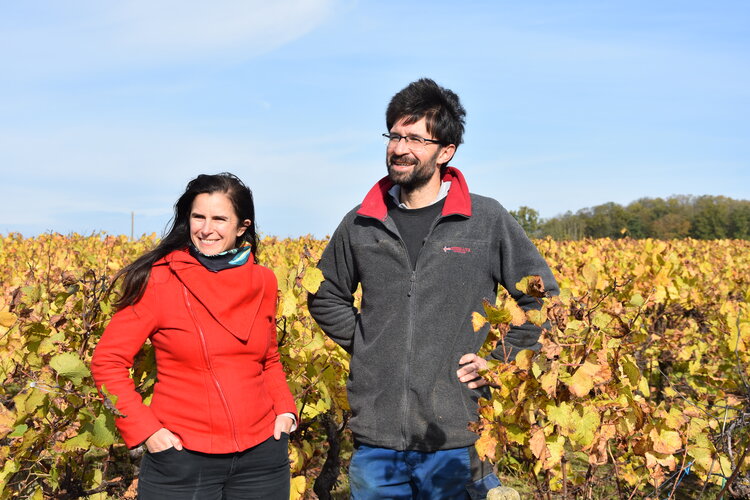 The day started with a 10am appointment at Domaine de la Fessardière (also known as Estelle Sauvion). Emeline and Jérôme took over Michel Sauvion’s vines a few years back in this hilly hamlet of the Muscadet. They continued his organic vinegrowing and have since pushed things further by expanding the number of vinifications and cuvées at the domaine, as well as introducing a holistic view of the winery. Recently, they have retrofitted their tractor to lower their (organic) treatments’ impact on the soils.

They’ve also installed rubber sheets on each side of it, so that when they use sulfur to spray the grapes, the excess sulfur does not go into the soils, but is rather collected and circled back into the tractor. 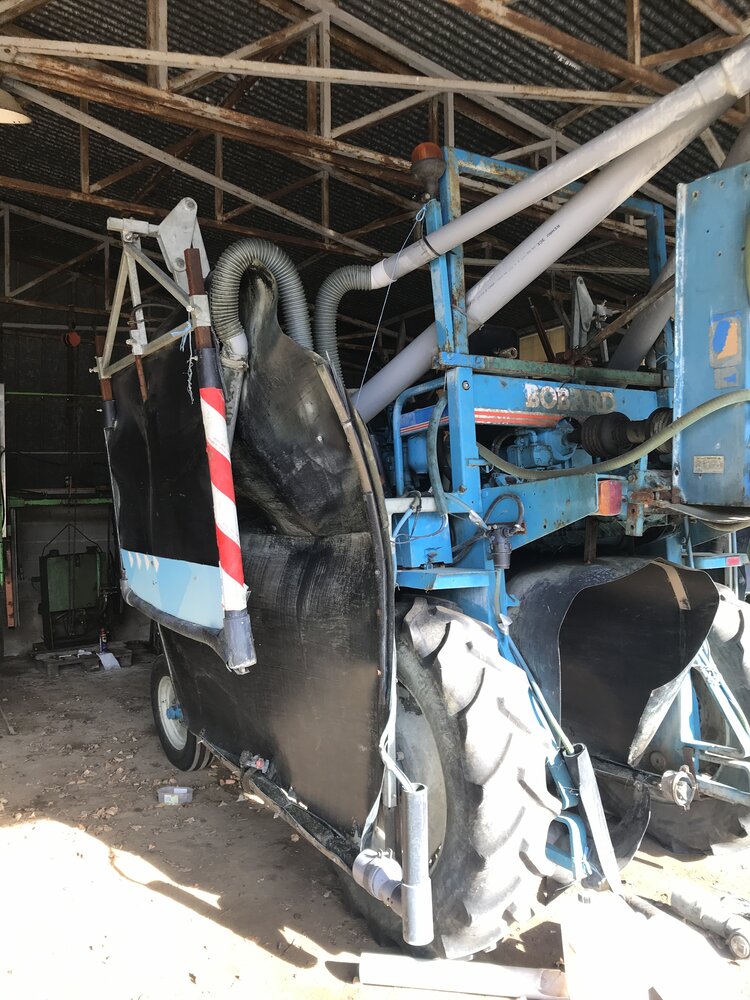 After our visit at la Fessardière, we found an outside dining space in a town with an unknown château – the pleasures of the Loire Valley. 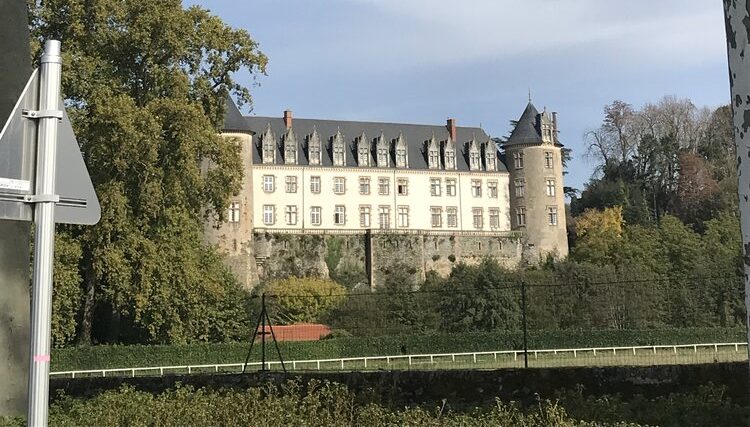 Castles galore in the Loire.

After the Muscadet, we drove eastward to Beaulieu-sur-Layon to visit with Cédric Garreau, who was only a few weeks out from harvest at that point, to go through the primeurs of his Cab Franc! In bottle, we retasted the Lunatic and Métisse cuvées that have been a sleeper hits of the 2018 vintage. 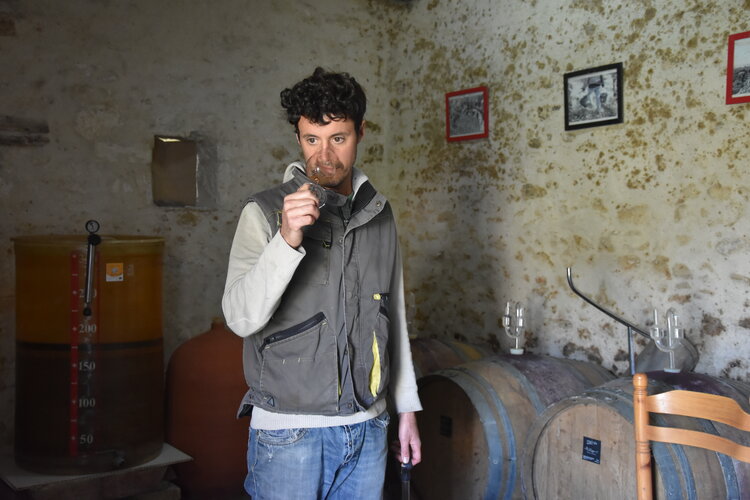 Cédric Garreau in the cellar, tasting the 2020 Chenins and Cabernet Franc

Then, further east to Château Yvonne; I was thrilled to show Justine and Quentin the coolest tasting room in France. It had been a long time since we had seen Mathieu and Stéphanie Vallée, and there were surprises aplenty! 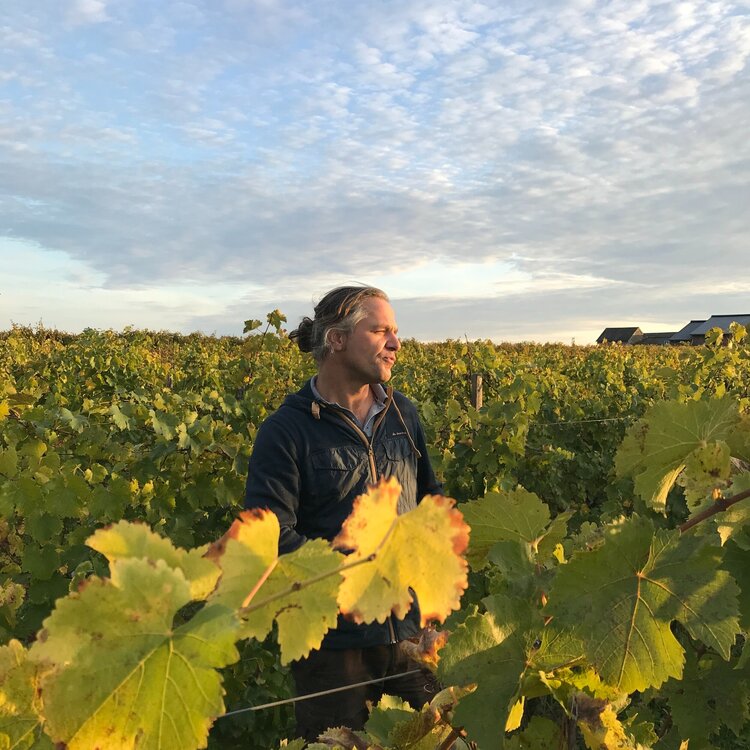 100+ year old Chenin acquisition, very near to the “Gory” parcel. 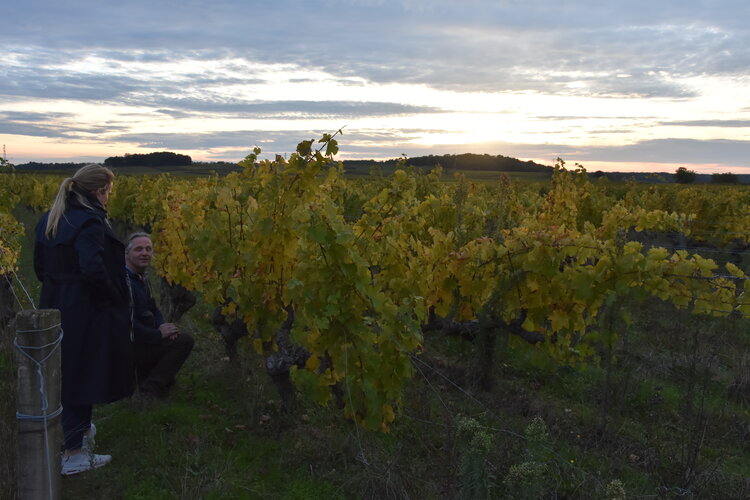 A brand-new cellar! Finally inaugurated after years of planning, permissions, and managing construction: 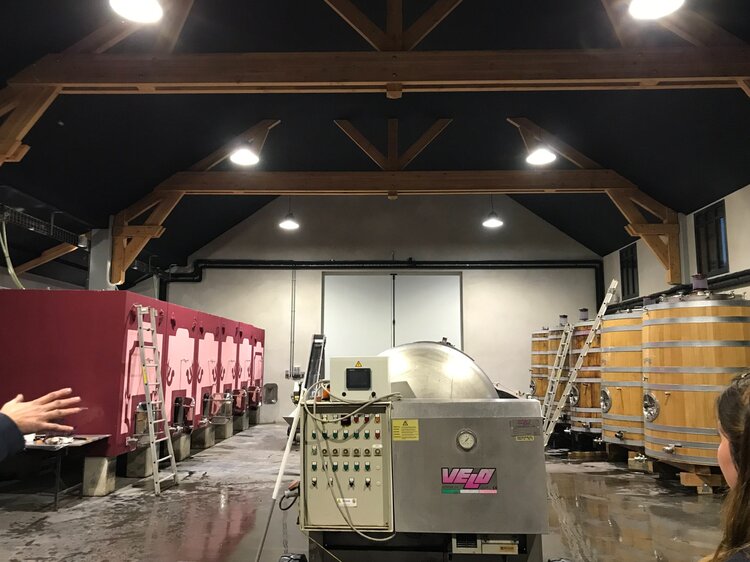 Behind the cellar in Parnay, a “kitchen garden” of sorts, planted in the more traditional staked method.

One thing that wasn’t a surprise: the quality of the wines. We barrel-tasted through everything in his troglodyte chai and cannot wait to get our hands on this year’s allocation for the team, which may even include some super-secret Château Yvonne pét-nat (sshhhhh).

A few hours of sleep later, we drove along the Loire River in the pelting rain to visit the team at Vinibegood; the Athlètes du Vin line has been a smashing success for the Paris Wine Co. community and we were eager to re-taste all of the current releases. 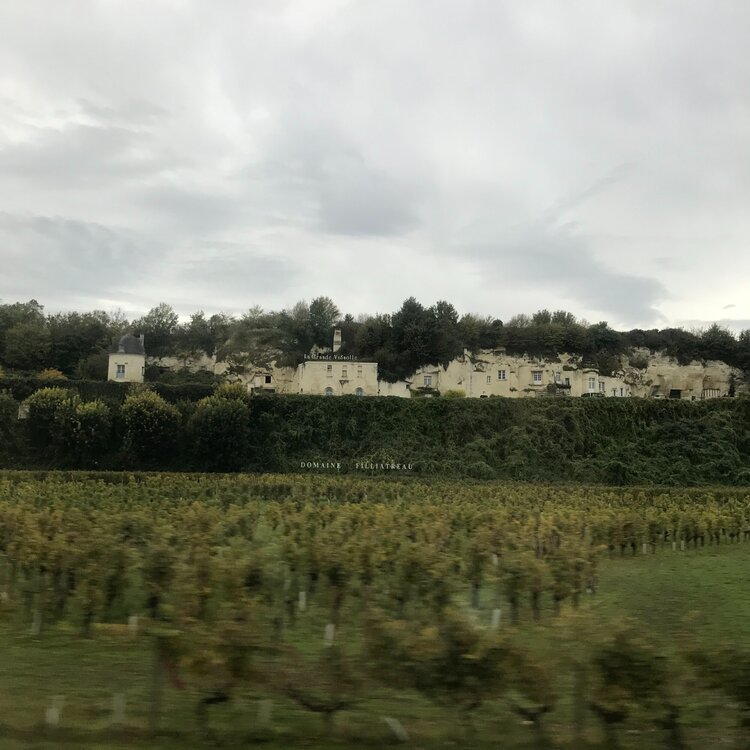 Fittingly, we had our tasting with Gerard Vallée in the Vallée family estate in Saint-Nicolas-de-Bourgueil, because Gérard produces a number of the wines in the line up. Mathieu and Gerard’s ancestors had been growing grapes since before the French Revolution, when the Vallées had to sell their grapes to the local monks. We’re thrilled to have our many of the Athletes wines be made in such a storied place 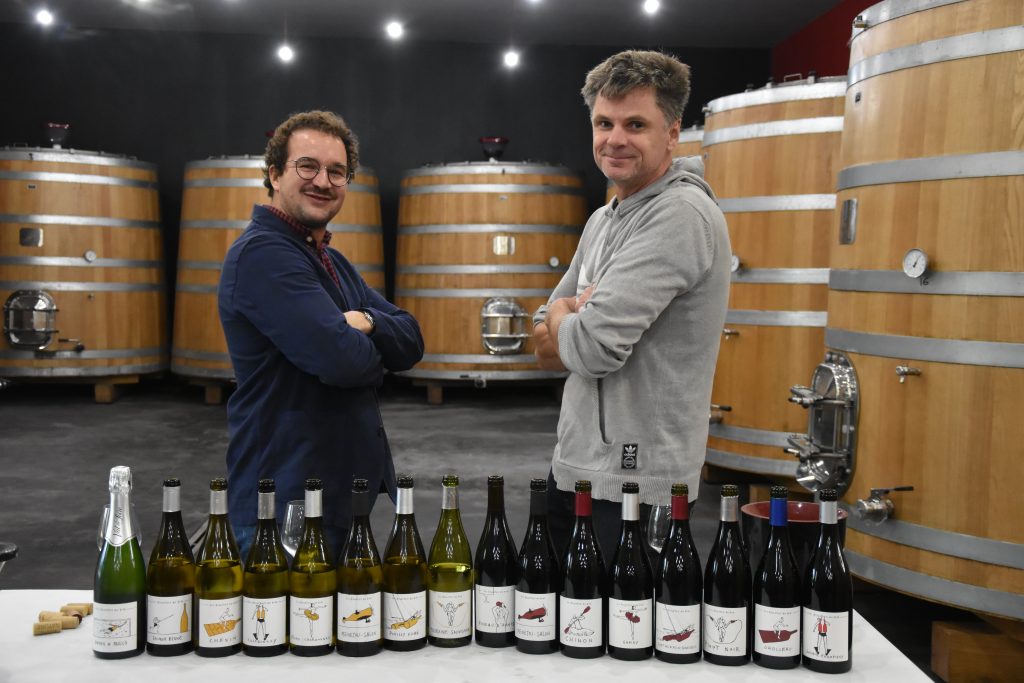 Pushing further east to Touraine, we met with Simon Tardieux of Domaine Courtault-Tardieux who also had plenty of news to share: Alain Courtault has retired, and so Simon and will be starting a new partnership with his associate Jêrome Gal. The 2020 vintage will be labeled under “Domaine Tardieux Gal” ! 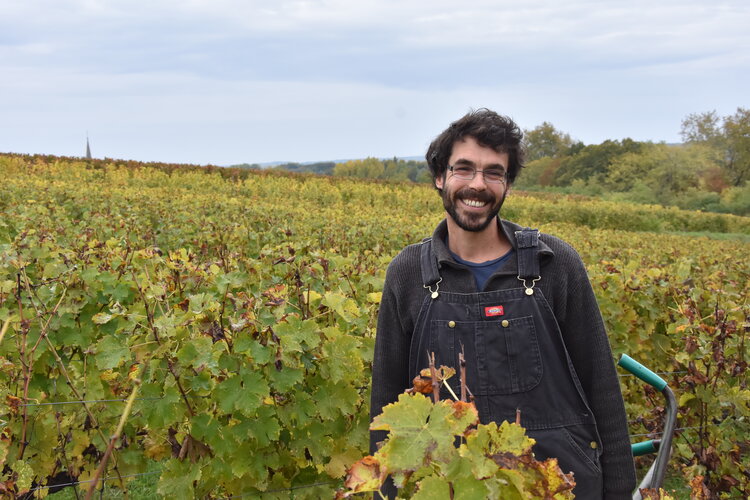 We took a walk along the “Maselles” vineyard of Sauvignon Blanc in the rain; just above the Gallo-Roman ruins of “Tasciaca” you’ll find on the eponymous’ wines label — see below. After a dry summer, Simon and all of our winemakers were happy to have rain and colder temperatures settle in on the vines. A cold rainy visit to the Loire is a happy visit to the Loire. 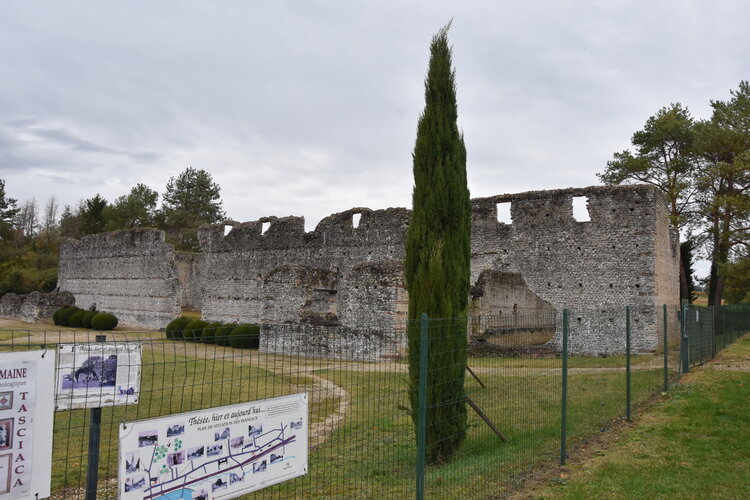 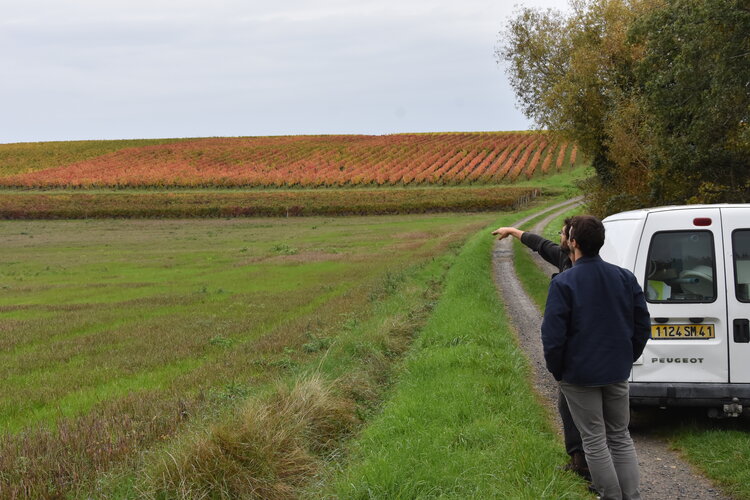