Enter the ‘Inizia’ cuvées: ‘the beginning,’ in Corsican dialect. 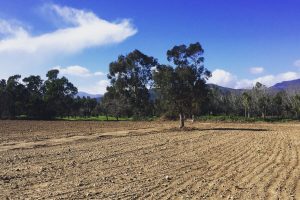 Planting on the Eastern plains of Corsica

Christophe, a born and bred Marseillais, spent every summer in and around the seaside city of Borgo, in the coastal plains of the east. Corsica’s most powerful cities were up in the mountains — furthest from invaders — so the flat plains of the island’s east coast remained relatively undeveloped for centuries. He had the opportunity to plant part of his uncle’s land on a plot just five miles off the coast. With this return to his childhood land, he thought it fitting to plant vines that were a return to Corsican traditions. 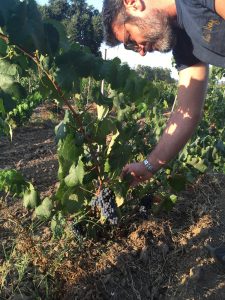 Visiting the vines in August 2017

In 2015, Christophe co-planted the indigenous varieties of Minustellu, Aleatico (red wine grapes) and Rimenese, Genovese, Bianco Gentil (white wine grapes), an homage to how Corsicans typically planted their vines. In the times before chemical treatments, planting multiple grape varieties was a way to hedge your bets against diseases and/or weather that could impact one grape variety or another. The soil was completely virgin (organic!) before the vine planting, as the land had only been home to brush and small trees. Christophe was amazed to see how quickly the vines took to the sandy/alluvial soils, which allowed him to produce his first vintage in 2017.

Forget what you thought you knew about co-fermented wines– the Inizia Rouge has a hallmark of high aromatics and the indigenous Corsican varieties add structure to the juice. The Inizia Blanc is a floral-driven, aromatic white with hints of marine salinity. Both have such a strong sense of this untamed and isolated place. 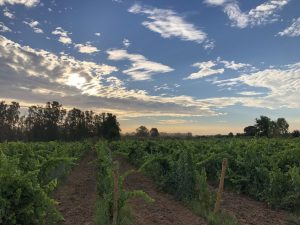 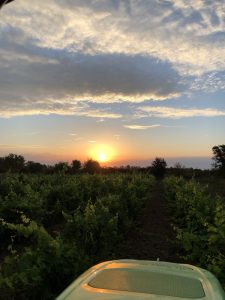 Today, Christophe splits his time between both sides of the mountain. In the west, his Vermentino and Niellucciu vines are bottled under Clos Signadore’s ‘A Mandria’ label and are produced in white, red, and rosé cuvées. The longer oak-aged cuvées are simply bottled as ‘Clos Signadore.’ No east-west rivalry here, though– both cuvées represent the unity of two unique traditions colliding in one rugged and viticulturally rich place. 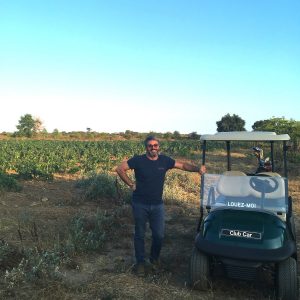 Christophe Ferrandis in the “Inizia” parcel