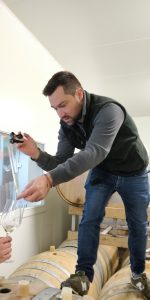 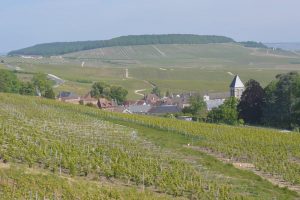 In the corner of his winery, tucked behind empty stainless steel tanks next to the tool bench, Etienne Calsac has an unmarked barrel. It’s unlikely to ever be sold and unclear whether it’s even allowed to be made under the strict appellation laws in Champagne. During the 2019 harvest, Etienne decided to experiment with a 6 month skin maceration of white wine… In barrel. This meant reserving some of the fermenting juice, but also destemming grapes and adding them a few at a time into the barrel until it was nearly full, then leaving it alone for 6 months until bottling the following summer.

Asked where this idea came from, and whether he had heard about it from anyone else, Etienne says it’s just something he thought of and wanted to try out. This need for experimentation is quintessential Calsac – and the amazing thing is that his experiments, like this one, are usually successful. Etienne has a knack for thinking through new ideas in his head until he is ready to bring them to life. Think of the vineyard of ancestral varieties he planted while still a student, which became the cuvée ‘Les Revenants’ years later, or the monopole Clos des Maladries, produced from the tiny vineyard in the garden behind his grandparents’ house in Avize. 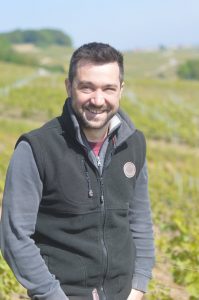 When he was starting to build his own domaine with just a few hectares, Etienne was using organic methods “for the most part,” he says. Because he was pleased with the results and had a desire to validate the work he was already doing, he began the official certification for organic farming in 2019. While Etienne justifiably takes pride in the success of his experiments, his domaine, and his wines, he remains a natural skeptic. Next year, he plans to take up biodynamic farming–half-jokingly, though, noting it’s only so he can prove to himself that it won’t work. Now it’s our turn to be skeptical, since Etienne rarely invests his time seriously in things that won’t work. Let’s check back in a year and see. 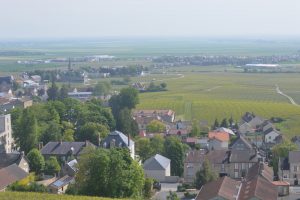 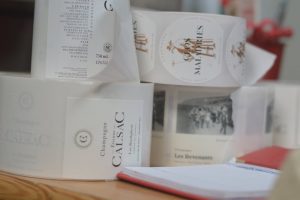