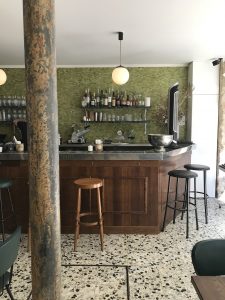 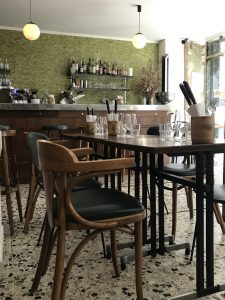 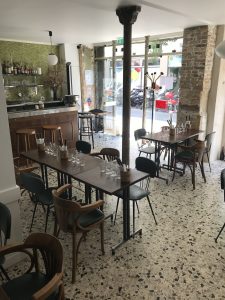 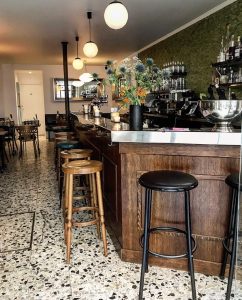 Where are you from? La Paz, Bolivia

What brought you to Paris? I was working as a lawyer in Bolivia in corporate business law and I wanted to do an MBA. I came to Paris looking for a business school, did it, and worked in finance for some years. Then, I met a French guy [my now husband.] He was in finance as well, before he decided to start his own craft brewery. He was hanging out with chefs and was having such an amazing time, meeting amazing people– that’s what hospitality is all about. I wanted to have my taste of that world as well, so I quit my job. The next day, I was working as a pastry chef at Au Passage.

Tell us a bit about your hospitality background. They really liked working with me at Au Passage and offered me a contract, but I really wanted to have a short experience. It was challenging but fun and I met a lot of amazing people. I was very lucky with my team there. After that, I looked for a Front of House position. For me, that was the next step of understanding the hospitality dynamic. So I quit Au Passage and two months later, there was the re-opening of Le 6 Paul Bert. Beau Clugston, a former sous-chef from NOMA moved to Paris to re-open it, and that was my first experience working FOH, alongside a very talented chef! The project didn’t last too long and he went back to Copenhagen, but we’re still very close friends today. He even came to do a pop-up at Le Saint Sébastien in April! He’s the reason I met my chef, Rob.

What is the concept behind the restaurant? Modern and vibrant French cuisine featuring an a la carte, with a bar and restaurant that function together. We didn’t want to be just another ‘tasting menu’ restaurant. At the beginning, the concept of the tasting menu was to democratize gastronomy; now, many tasting menus just simplify the kitchen’s tasks and better its efficiency, both in terms of time and money. We wanted to give the power of choice back to the client– that’s why our menu is a la carte.

Tell us a bit about the current menu. Our menu is seasonal and frequently changes products/producers. The kitchen at Le Saint Sébastien achieves a super interesting complexity. We’ve been seeing this evolution since the beginning!

How do you choose your wine selections? We seek to create an eclectic wine list that mixes both ‘the classics’ and natural wines. I worked on purchasing wine for the restaurant for a year before we even opened! 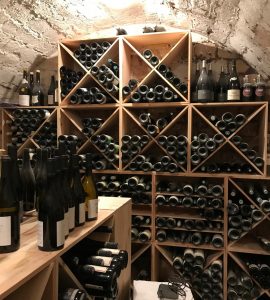 What are some restaurants (worldwide) that have inspired you? Amass (Copenhagen), Aponiente (Andalucia), Cosme (New York), and Gustu (Bolivia).

Where are some of your favorite places to eat and drink in Paris? Aux Deux Amis, Septime La Cave, Clamato, Le Petit Sommelier, and Ten Belles Bread or Cafe Méricourt for a quick lunch.

Where are some of your favorite non-food/drink related spots in Paris to hangout? Les Puces de Saint-Ouen (flea market), Merci, and Cire Trudon (artisanal candle shop).

What is a piece (or two) of advice you’d give to someone looking to open a restaurant for the first time? Have resilience before, during, and after the grand opening. Opening a restaurant is just the beginning. You have to have energy even when you don’t know where to look for it in your body. You still have to find that energy to make things happen. It’s tough! And be ready for everything you never thought could happen.

What is a piece (or two) of advice you’d give to someone visiting Paris for the first time? Spend some time researching the places you’re going to visit, eat, and drink at. It’s so sad to spend money on super touristy places. With just a little research, you can find amazing spots that are going to be much cheaper and ten times better! 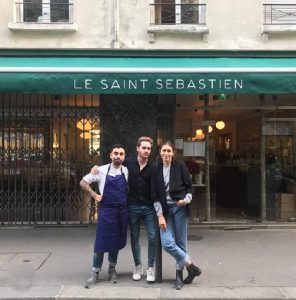