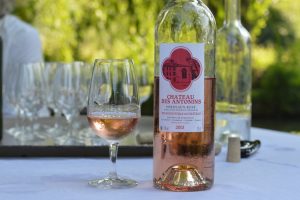 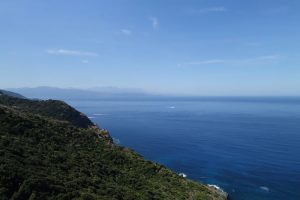 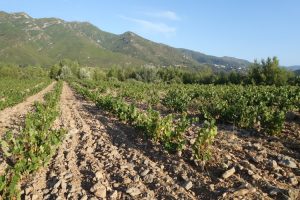 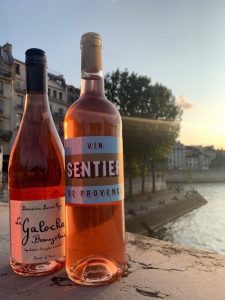 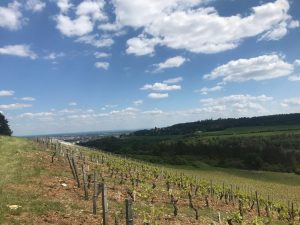 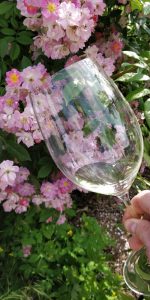 French rosé and warm weather simply go hand in hand. However, the country’s immense production goes much further than just Provence. As much as we love rosé from southern France, exploring other regions’ rosé production is one of the best ways to tap into all that French viticulture has to offer. From Gamay-based bottles in Beaujolais to savory pink Pinot Noir from Burgundy, here are some of our top picks for French rosé regions, featuring the producers we love most.

Beaujolais
We love Beaujolais rosé for all of the same reasons that we love the region’s reds: they’re poppy, fruit-forward, and ultra-refreshing, pairing perfectly with an array of summer snacks. As with red wine production, Beaujolais’ rosé production is centered around Gamay. Expect refreshing bottles full of zesty fruit-forwardness and crunchy red berry flavors, marked with soil-driven notes of wet rocks, flowers, and/or freshly cut herbs. 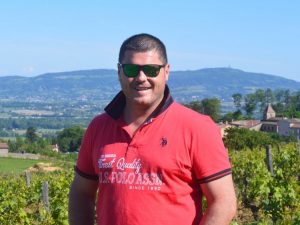 This fourth-generation domaine is now headed by Raphael Saint-Cyr, who took the reigns at the estate back in 2008. Under Raphael’s direction, the estate converted to organic farming and acquired vines in Morgon, Reignié, Chénas, and Moulin-à-Vent, all of which quickly became certified organic. At 23 hectares, the estate is one of the largest certified organic estates in all of Beaujolais. Fruit for Domaine Saint-Cyr rosé comes from 75-year-old vines rooted in clay and limestone soils. The juice ferments with natural yeasts and ages in steel tanks before bottling in the spring.

Loire Valley
For affordable, fruit-forward, and easy-to-drink bottles, we can’t get enough of rosé from the Loire Valley. The region is a hotbed for thirst-quenching bottles, produced from a slew of regional varieties. From Cabernet Franc to Pinot Noir, Grolleau and Gamay to Pinot d’Aunis, expect fruit-forward bottles with peppery undertones, loaded with tons of natural acidity. These bottles are perfect for pairing with seasonal cheese and charcuterie boards, or simply sipping solo on warm weekend afternoons. 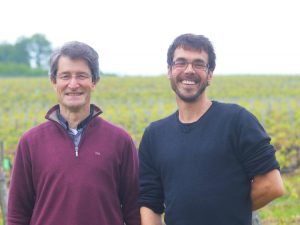 Simon Tardieux first began tending vines at Clos Roche Blanche, inspiring him to venture out and make his own wines. However, this proved difficult, as Simon had zero vines to his family name– which is where Alain Courtault stepped in. In joining forces with his neighbour, whose children weren’t interested in taking over the family domaine, the duo created this namesake project to create honest wines via organic farming. Fruit for their varietal Pineau d’Aunis rosé comes from a combination of young and old vines. Direct press and vinification in stainless steel lead to a savory and spicy final wine, of which only 2,500 bottles are produced. 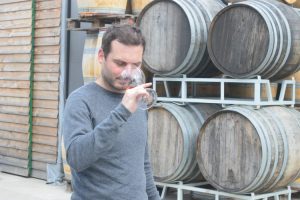 Domaine des HautsBaigneux is also a joint collaboration, headed by childhood friends Nicolas Grosbois and Phillipe Mesnier. Their 12 hectares of vines are situated around the famous chateau of Azay-le-Rideau, located just a few kilometers east of Chinon. Farming is done all organically, with vineyards dedicated mostly to Chenin, Grolleau, and Gamay. Azay-le-Rideau is one of the oldest rosés in France to earn its own appellation status, dating back to the 1930s, when it was considered an equal to the famous rosés of Bandol and Cassis. The Grolleau grape comes from Azay-le-Rideau and has historically been famous in the Loire valley for producing excellent rosé. Philippe Mesnier follows the tradition, using 70% direct press Grolleau for his ‘Rosé La Surprise’ blended with equal parts Gamay and Côt. The resulting wine is spicy, savory, and floral– an absolute must-try.

Corsica
What better place to produce rosé than in the balmy, marine-influenced cellars of one of the Mediterranean’s most popular islands? Most of Corsica’s vineyards lay scattered along the island’s rugged coastlines, benefitting from cooling Mediterranean breezes and salty, sea-influenced air. Rosés are predominantly crafted from the island’s signature grape varieties, including Niellucciu, Grenache, Sciacarello, and Vermentinu. 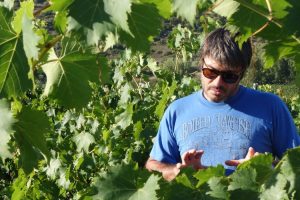 Situated in the heart of the Patrimonio AOC, Clos Signadore focuses on organic farming and indigenous grape varieties, producing terroir-driven wines from four distinct vineyard parcels. Winemaker Christopher Ferrandis cut his winemaking teeth over in Bandol at Domaine Pibarnon, equipping him to set up shop (and produce high-quality rosé) along Corisca’s rugged coastlines. Fruit for ‘A Mandria’ rosé (100% Niellucciu) comes from a small, one-hectare lieu-dit rooted in limestone and clay soils. Post hand-harvesting, the fruit is direct-pressed and vinified in stainless steel with native yeasts, followed by aging through winter on the lees.

Bordeaux
Forget the First-Growths– when it comes to summer, we’re looking to Bordeaux’s stellar rosé production to carry us through the season. The region’s rosé bottlings are produced from its signature red grape varieties, usually dominated by Cabernet Sauvignon, Merlot, or Cabernet Franc. Expect darker-hued bottles full of savory red fruit flavors, ideal for red wine lovers looking for that perfect rosé substitute. 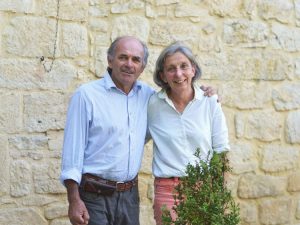 Château des Antonins is located within an impressive 13th-century convent in the southern part of Graves, formerly built for local monks under the order of Saint Antoine. Post French Revolution, the estate was passed on to the Roquefeuil family and has been in their well-equipped hands ever since. Their Bordeaux rosé is crafted from Cabernet Sauvignon (70%) and Merlot, via a combination of skin contact and saignée methods.

Burgundy
Contrary to popular belief, Burgundy’s wine production actually goes much deeper than varietal Pinot Noir and Chardonnay. In addition to the region’s world-class reds and whites, Burgundy also produces small amounts of rosé wine too, both in still and sparkling format. These wines generally fall under the overarching AOC Bourgogne appellation and are produced from Pinot Noir, meant to be consumed within 1-3 years of release. Fruit-forward and savory, these wines are ideal for serving alongside summer barbecue fare. 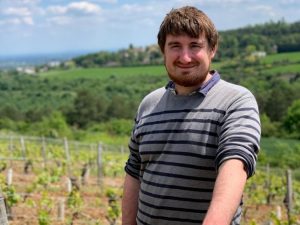 Just six years ago, the city of Dijon purchased a 160 hectare property called Domaine de la Cras, located right outside of the city’s limits. After holding an open call to find the perfect vigneron to farm the estate’s eight hectares of vines, Marc Soyard was chosen. Soyard farms all the vines organically and lives on the estate for the small price of 2,000 bottles per year, paid back to the city. After six years of working with the legendary Domaine Bizot  in Vosne Romanée, Soyard adopted the same hands-off mentality and immediately implemented it at Domaine de la Cras. ‘L’Equilibriste’ rosé was originally created for a local circus festival, but Marc allows a small amount to leave the region. The fruit comes from clay-limestone soils in Bessy, ferments with native yeasts, and ages six months in tanks. No sulfur is added.

Provence
Provence and rosé are essentially one in the same. Known for their pale hue, gentle flavor profiles, and saline-tinged finishes, this southeastern French region is undoubtedly the king of rosé wine production. Here, rosé wines are made from a ton different varieties, though Grenache, Syrah, Mourvedre, Cinsault, and Carignan are generally the most popular. Expect light-on-their-feet bottles full of lip-puckering acidity, perfect for sipping by the pool.

The vines at Château Bas have been farmed organically since the early 1990s when Phillippe Pouchin arrived at the helm, finally becoming certified in 2010. At Sentier, biodiversity is key. Phillippe lets his vines grow amongst wild grass, allowing them to grow in resistance towards weather imbalances. The 2018 Sentier saignée rosé is Cinsault  dominant (45%), rounded out with Syrah, Grenache, Mourvedre, and bit of Ugni Blanc. Juice ferments spontaneously and is aged on the lees in stainless steel, creating a strawberry-noted wine marked with sweet herb undertones. There’s a reason why this bottle is our go-to rosé pick every year– it’s an instant transport to the sunny south of France!