After working for La Poste in Paris for many years, Serge Scherrer moved to the Cévennes region in the south of France to take over the delivery route in the famous potters’ village, Saint-Quentin-la-Poterie. As a young man, Serge had studied winemaking, but without any family vineyards, he decided to enlist in the French post service, which promised a steady job and an early retirement. 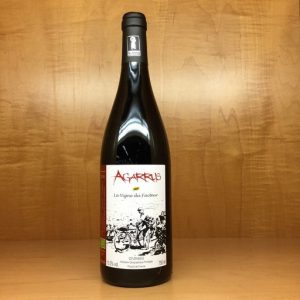 Arriving in the Cévennes, Serge quickly noticed the old hillside vineyards of Grenache, Cinsault, and Mourvedre that were being abandoned for more favorable grapes like Cabernet and Merlot in easier to farm flatlands. He acquired one vineyard to make some wine as a side project in the afternoon and on weekends. A decade after arriving in the region, Serge finally retired from La Poste. His current project? Making wine from the six additional hectares of vines that he purchased in his own winery. Today, he is finally a full-time winemaker. 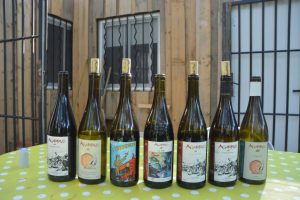 For those who are wondering – Agarrus refers to the native kermes oak, quercus coccifera, which grows in the scrublands around the Mediterranean. When Serge started the domaine, he let his teenage son choose the font for his new label. Serge did not anticipate that his music-loving son would choose a death metal font for this new wine project, but the choice was made, and lives on to this day.