Yann’s maternal grandfather Raymond Achintre was a delivery driver in Beaujolais, who regularly picked up orders from around the region and brought them to the depot. 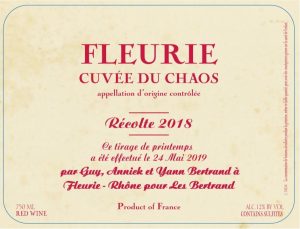 Raymond never spoke much about his working days, and after he passed away, the family found an old label (see below) from a 1967 Beaujolais Nouveau folded up and creased in his wallet. He had carried this label around with him every day for nearly 50 years, though no one had ever seen the image or heard about this wine — and it remains a mystery why he decided to keep it with him all of his life. The label is strikingly modern, so Yann decided to use it as a template for his new Old Vine cuvée as an homage to his grandfather who never had the chance to taste his wines. 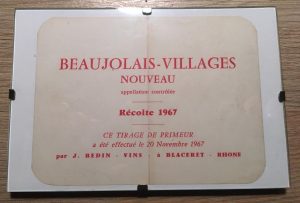