Every year, Beaujolais Nouveau is the best wine night in Paris. It’s a surprising statement for people on both ends of the Gamay spectrum: those who think Beaujolais (and specifically Beaujolais Nouveau) is repellant, and the lucky few who understand the greatness of Gamay– and are slightly horrified by this idea of making it a quickie.

Held on the third Thursday in November, Paris during the release of Beaujolais Nouveau is the stuff of French textbooks: live music, packed restaurants, and people singing and swaying in unison. But what about the wine?

The concept of Beaujolais Nouveau, or “en primeur,” as it is actually called by winemakers, started in 1951, when the union of Beaujolais winemakers asked to sell their wines before the legally set minimum release date for all French wines: December 15th. By the ‘60s and ‘70s, a group of winemakers – including the infamous Georges Duboeuf – went all in for Bojo Nouveau, producing 1,400,000 hectoliters of Nouveau, 800,000 of which were exported.

A few wineries saw a lot of commercial success with en primeur releases, but mass-produced Beaujolais Nouveau did serious reputational damage to our Gamay-producing friends, both at home and abroad. At the mere mention of Beaujolais, upwards of 90% of French people will use the same exact phrase: “Beaujolais? Ca sent la banane,” (it smells like bananas). Admittedly, there is an unmistakable candy— Nerds, specifically —banana flavor to the worst of Beaujolais Nouveau Duboeuffé. 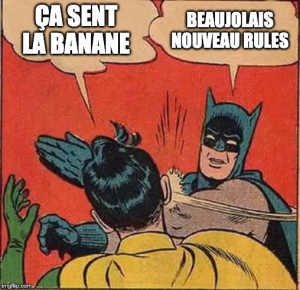 But because the Beaujolais love a good party and are attached to their regional traditions, some of the region’s best winemakers are leaning into the primeurs, and with great results.

Good Beaujolais Nouveau smells like the best (cherry, earthy, strawberry) Gamay you enjoy year-round, just a lot lighter. Almost none of the bottles make it abroad (we at Paris Wine Company actually choose not to export it international markets to avoid air shipping wines across the ocean). This year, we went out as a team to the Cave de L’insolite in the 11th and tried the primeurs from Guy Breton, Pacalet, and Séléné. Delicious, delicious, delicious.

This was not our most raucous Beaujolais as a team (in 2017, I was witness to an unnamed Beaujolais winemaker dancing pantsless on a bar in Paris), but we would encourage our wine-inclined friends to come over to see what the fuss is about. Good thing the week before Thanksgiving isn’t a busy time for anyone in wine sales… 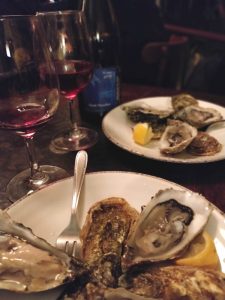 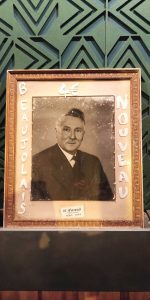