More than once, I have gone into a French wine shop and immediately zeroed in on a bottle of wine from Elian Da Ros. Inevitably, the owner, heretofore skeptical of a blonde American woman, immediately changes his tune and we exchange praise of these exceptional wines. In France, knowing the wines of Da Ros sets you apart as somewhat of an insider.

Da Ros wines are available in Michelin-starred restaurants across the country and are stocked by all of the best cavistes in Paris. They are beloved by buttoned-up restaurants and natural wine bars alike; these wines are some of the most sought-after wines in France that you may not have heard of just yet. 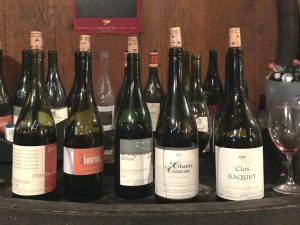 Elian founded his Domaine in 1998 in his native region of the Marmandais, nestled just southeast of Bordeaux. The region was settled by Italian immigrants like Da Ros’ family, who initially brought renown to the region for tomatoes. When Elian started bottling wines, he was among the first to do so under the AOC Côtes du Marmandais. 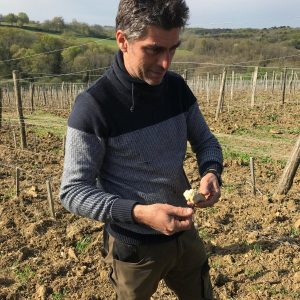 Twenty years later, Elian has proved that the terroir of Marmande can produce a range of stunning bottles, from light apéro wines to white-tablecloth stunners. One of Elian’s priorities was to highlight the native grape of the Marmandais, arboriou, in more than one wine. Their fresh, gluggable ‘Vin est Une Fête’ blends carbonically-macerated Arboriou with Merlot and Cabernet Franc.
They produce a small bit of varietal Arboriou each year, and the grape also makes an appearance in the Bordeaux-esque blend “Clos Baquey,” a single-parcel cuvée of Merlot, Cabernet Franc, Cabernet Sauvignon, Abouriou. Clos Baquey is aged two years in barrel, assembled, then aged another year in tank before bottling. Depending on the vintage, they may also hold it for another year or two before release. The result is a wine that can more than hold its own next to the big names from across the Gironde river. 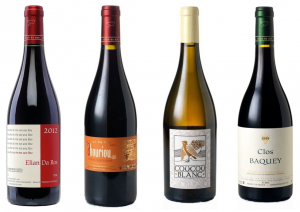 If you can, try to get your hands on their white “Coucou Blanc” cuvée. Tasting it with a bit of age makes for a blind tasting wine that will keep friends guessing; the acidity and roundness is evocative of a very high-end Chenin. – The wine is comprised of 50% Sauvignon Blanc, 10% Sauvignon Gris, and 30% Sémillon  from the southwest.

Recently, Da Ros bottled a new cuvée, “Histoires de Boire,” which is a carbonic Merlot made to show that Merlot doesn’t have to be staid and formal. This juicy, glou glou cuvée is bottled only in magnums for your next raucous wine party.

We are thrilled to be able to bring these wines to the states and can’t wait to see what Elian has up his sleeve next.

Find them in New York via MFW