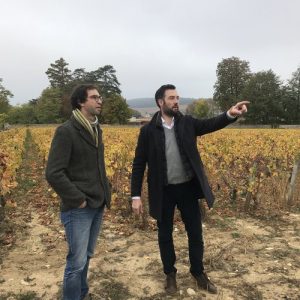 In the center of Meursault village, Pierre-Henri Rougeot has been quietly producing impeccable minimal intervention, low-sulfur wines since he returned to the family domaine in 2010. The 18th century stone cellar was originally built for the Hospices de Beaune to press the fruit from the adjacent orchards, and was purchased Pierre-Henri’s great-great-grandfather in the 19th century. Today the orchards have been transformed into an elegant garden and stamp-sized monopole vineyard, and the cellar has been renovated to comfortably hold two vintages from Rougeot’s 13 hectares of vines in and around Meursault. 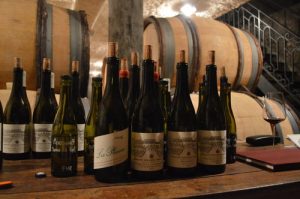 Pierre-Henri’s experience travelling throughout France gives him a unique vision that hews strongly to Burgundian tradition with a soft touch inspired by the vins natures made by his friends in Saumur, Cahors, and beyond. Today, the Rougeot vineyards are farmed organically, and Pierre-Henri’s no sulfur vinification effortlessly balances a natural wine approach with traditional Burgundian technique to create wines with energy and balance. Each terroir from Aligoté and Passetoutgrain through Premier Crus is bottled as a single-vineyard designate. The wines are energetic, precise, and delicious. It’s simply astounding that the domaine has maintained a quiet profile while producing such compelling wines. It will be even more astounding if that continues. 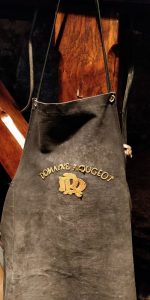