In the center of Meursault village, Pierre-Henri Rougeot has been quietly producing impeccable, minimal intervention, low-sulfur wines since he returned to the family domaine in 2010. The 18th century stone cellar was originally built for the Hospices de Beaune to press fruit from the adjacent orchards, and was purchased Pierre-Henri’s great-great-grandfather in the 19th century. Today, the orchards have been transformed into an elegant garden and stamp-sized monopole vineyard, and the cellar has been renovated to comfortably hold two vintages from Rougeot’s 13 hectares of vines in and around Meursault.

Pierre-Henri’s experience traveling throughout France gives him a unique vision that hews strongly to Burgundian tradition, marked by a soft touch inspired by the vins natures made by his friends in Saumur, Cahors, and beyond. Today, the Rougeot vineyards are farmed organically, and Pierre-Henri’s minimal sulfur vinification effortlessly balances a natural wine approach with traditional Burgundian technique to create wines with energy and balance.

While all of the wines are vinified sans soufre, each barrel is tasted regularly throughout élevage. Small amounts of SO2 are added when needed to individual barrels. When possible, Rougeot keeps each barrel completely sans soufre and bottles it under the alternate diagonal stripe label, though these quantities are always very limited for the village and premier cru wines.

Each terroir from Aligoté and Passetoutgrain through Premier Crus is bottled as a single-vineyard designation. The wines are energetic, precise, and delicious. It’s simply astounding that the domaine has maintained a quiet profile while producing such compelling wines. It will be even more astounding if that continues.

All of the vineyards of the domaine lie within the appellation of Meursault or in immediate proximity. For the most part, they were planted by Pierre-Henri’s grandfather in the late 1950s and replanted partially by his father in the early 1980s, except for the old vine Saint-Romain and the slightly younger Monthélie. Since Pierre-Henri Rougeot returned to the family domaine in 2010, the domaine has been practicing organic farming. The domaine officially began the organic certification process in 2018. 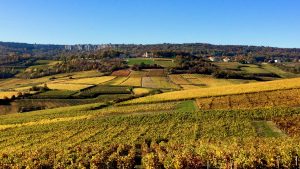 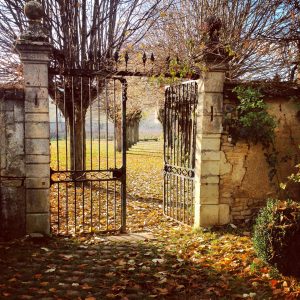 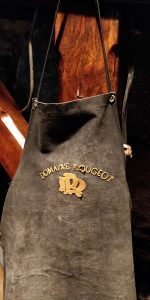 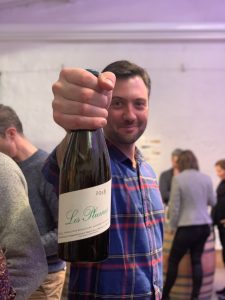 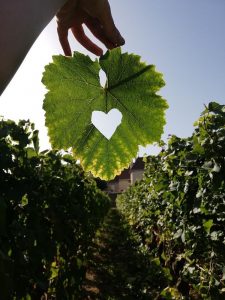 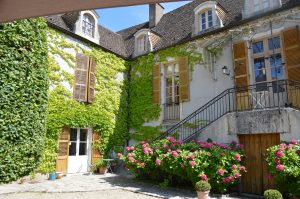 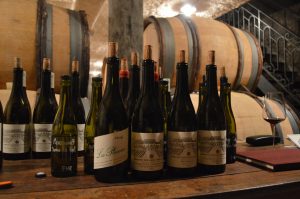 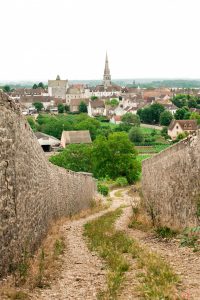 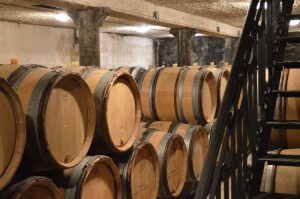 Sourced from a single parcel just below the village, Rougeot's Meursault Sous la Velle is a classic and nuanced bottle of Côte d'Or Chardonnay. Since Pierre-Henri returned to the estate in 2010, the domaine has transitioned to organic farming in th...

La Combe Bazin was planted in the 1920s and is the oldest vineyard at the domaine. The wines produced from this site are rich, layered, and could be considered the “sleeper” hit wine from Rougeot.

Les Charmes is one of the emblematic vineyards of Meursault. It is known for producing rich, powerful, and aromatic wines. This cuvée will benefit from 4-5 years in bottle before it becomes fully expressive in the glass.

This clos (vineyard surrounded by walls) only produces six to eight barrels per year.

The lieu-dit Les Grands Gouttes sits at the southern edge of Meursault on border with Puligny, just a few hundred meters below the Premier Cru vineyard Les Charmes. It generally has a lighter, racier profile.

Les Toisières is located exactly at the crossroads between Meursault and Monthelie. This west-facing vineyard produces wines with great tension and length. The vineyard used to be planted to Pinot Noir and was replanted to Chardonnay by Pierre-Henr...

La Monatine is located just next to the Château de Meursault. Part of the lieu-dit is classified as Meursault Village. 2017 is the first vintage of this cuvée from Domaine Rougeot.

Volnay Santenots is technically located in the village of Meursault, though vignerons discovered long ago that there is a larger demand for Volnay than Meursault Rouge, and therefore wisely arranged to label reds from their northernmost vineyards a...

Pinot Noir and Gamay from Les Vercherres are harvested at the same time and co-fermented to produce this exceptionally delicious Passetoutgrain that manages to please both Burgundy and Beaujolais fans alike. This cuvée is generally bottled without...

Rougeot’s Aligoté comes from the lieu-dit Les Plumes, which is located in the plains below the village of Meursault on the far side of the RN74 road. Rather than viewing Aligoté as a second-class grape, Rougeot treats it with the same serious farmi...

The Clos des Roses vineyard is located just below the village of Pommard, surrounded by stone walls on three sides and the small stream L'Avant Dheune on the other. The official name of the parcel is Rue au Porc (Pig Street), or possibly Rue au Por...

Les Lameroses is located in the northern part of Meursault below the village of Volnay. This cuvée is more structured and is bottled in the spring after 18 months of élevage.

'Les Vaux is a single-vineyard plot of Bourgogne Pinot Noir located in Meursault close to the town center. Like all of the Pinot at Domaine Rougeot, the fruit is vinified whole cluster with no added SO2. Les Vaux has the classic structure and savor...