The De Oliveira family emigrated from Portugal to Chablis in the 20th century, long before Chablis became famous as a winemaking region. The family found work in the local logging industry and produced a bit of wine on the side. In the 1950s, Mr. De Oliveira began working in the vines for William Fevre at the age of 14 years old. After ten years, he saved enough money to purchase his first parcel of land – a mere 33 ares, where he planted his first vineyard.

Over the years, Mr. De Oliveira continued to purchase land and plant new vineyards, and in 1965, he began working full time at his own domaine (which had grown to 7 hectares) and created the Domaine Oliveira Lecestre with his brother. At this time in Chablis, many winemakers did more than grow grapes, and the De Oliveiras were no exception. They raised cows, chickens, and pigs around the family domaine in the morning and evening, then spent the weekends tending to the wheat fields. It wasn’t until the 1990s that Mr. De Oliveira gave up polyculture to concentrate exclusively on winemaking.
Throughout the decades, the appellation of Chablis was slowly expanded, and Mr. De Oliveria judiciously purchased land that he could someday plant as Chablis (or even Premier Cru). Today, the domaine encompasses 50 hectares of vines spread out over Petit Chablis (8 hectares), Chablis (35 hectares), Chablis Premier Cru (4.29 hectares), and Chablis Grand Cru (0.28 hectares).

The wines are vinified and aged exclusively in stainless steel tanks and reflect the perfect typicity of Chablis. The Petit Chablis is particularly noteworthy, as it comes from vineyards located on the plateau just a stone’s throw from the Les Clos Grand Cru. 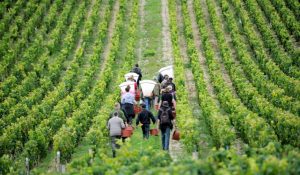 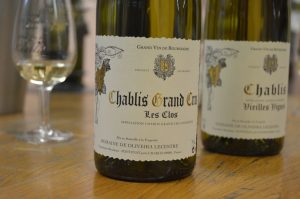 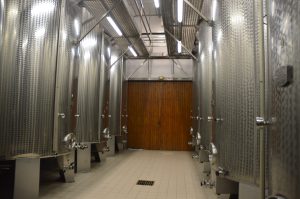 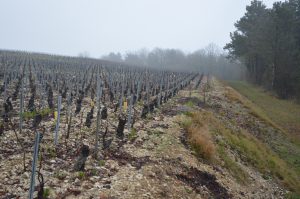 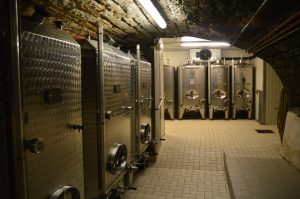 The Petit Chablis comes from the Portlandian limestone plateau just above the Grand Cru vineyards outside the town of Chablis. The De Oliveira family has some of the best parcels, which border directly on the Grand Cru Les Clos.

Fourchaume is one of the best known 1er crus in Chablis for good reason. It produces rich and balanced whites that are massively delicious and pair well with a wide range of food – pretty much a go-to white for any occasion.

The Grand Cru Les Clos is known as the King of Chablis. Lecestre's vines were planted in the 1980s on alternating Kimmeridgian marl and limestone. Traditional low temperature fermentation takes place in stainless steel tanks, then bottling occurs a...

The Chablis comes from the Portlandian and Kimmeridgian limestone soils from hillside vineyards with southern and western exposure. Traditional low-temperature fermentation takes place in stainless steel tanks, which yields the archetypal food-frie...