Anchored in Gevrey-Chambertin, Domaine Burguet produces a full range of suave and enthralling Pinot Noir. Alain Burguet, father to Jean-Luc and Eric, created the domaine in the 1970s. As a young man, he helped older vineyard owners tend to their vines, and as they gradually retired, he was able to purchase many small parcels across Gevrey, which formed the base of the domaine. With additional vines acquired through small purchases and inheritance over the years, today, Domaine Alain Burguet holds just over 10 hectares in total.

Alain Burguet was one of the first growers in the village to resume plowing his vineyards, as well as to allow grass to cover them, in the 1970s. The entire domaine has been practicing organic since the 1980s, and thanks to an inherited anti-authoritarian streak, they are not certified agriculture biologique (or AB, as the label is called in France). As Jean-Luc jokes, “We are already A.B. - as in, Alain Burguet!”

Jean-Luc and Eric Burguet officially took over the domaine in 2010, but have worked alongside Alain since 1999. The house style is a richer, voluptuous Pinot that starts with a later harvest date. The Burguets are frequently among the last to harvest, often 7-10 days after their neighbors. The grapes are sorted in the vineyard and then again on a sorting table in the winery. Everything is destemmed and fermented with natural yeasts, then aged for a lengthy 16-20 months in barrel before bottling.

In addition to the domaine holdings in Gevrey-Chambertin, the Burguets purchase grapes from friends to make a small range of wines from from prestigious appellations: Chambolle, Vosne, Vosne 1er Cru, and Chambertin-Clos de Bèze. 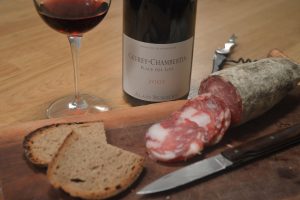 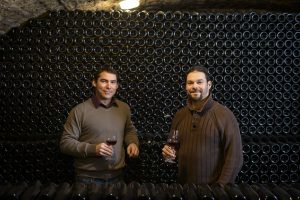 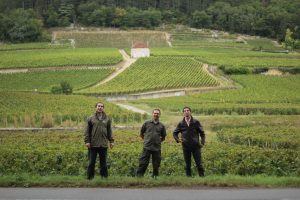 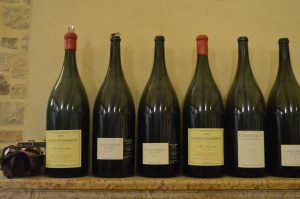 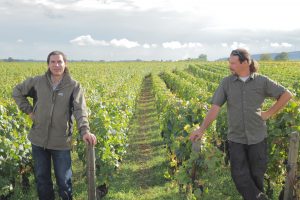 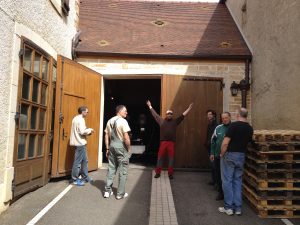 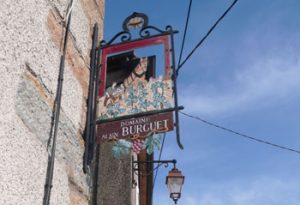 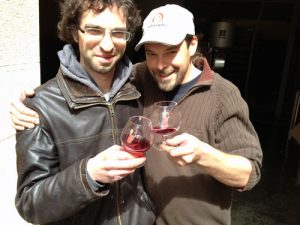 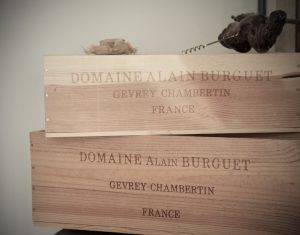 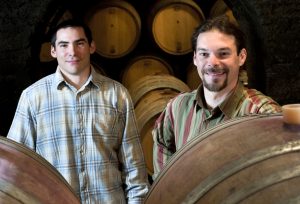 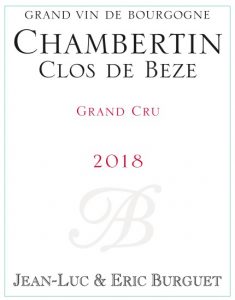 In addition to the wines produced from their own vineyards, Jean-Luc & Eric hold long-term contracts to purchase grapes from neighbors with exceptional vineyard sites. Eric describes their only Grand Cru: "The palate is velvety and round, and the t...

In addition to the wines produced from their own vineyards, Jean-Luc & Eric have long-term contracts to purchase grapes from neighbors with exceptional vineyard sites. Eric describes this Vosne 1er cru as "massive and with beautiful balance, with r...

In addition to the wines produced from their own vineyards, Jean-Luc & Eric have long-term contracts to purchase grapes from neighbors with exceptional vineyard sites. Eric describes this Vosne as "long and complex, with elegant acidity and light t...

Lavaux Saint-Jacques, alternatively spelled Lavaut, is one of the most celebrated sites in Gevrey. The vineyard lies in the Combe de Lavaux, a small valley leading westward out of Gevrey into the Hautes-Côtes, so the temperature is slightly cooler ...

The premier cru Les Champaux is located at the north end of the village, high up on the slope. It's a rich, ample wine with soft but present tannins and good structure. The label is different from all of the other wines, and comes inspired by an ol...

Eric & Jean-Luc produce two different cuvées from their 30 different small plots in Gevrey-Chambertin. Symphonie is their 'young vine' blend, though the average vine age is still a healthy 45 years old.

The Bourgogne Rouge from Burguet is a smooth and rich Pinot Noir, where the intensity of Gevrey-Chambertin is evident upon first taste. Though this wine comes from five different parcelss and is classified as "Bourgogne," all fruit comes from withi...