Guillaume Michaut has been surrounded by vineyards and the history of Chablis since childhood. His grandfather was an early believer in the wines of Chablis and worked proudly to expand the Chablis appellation to his village of Beines and beyond. By the 1960s, he was able to pass a rather large holding of vineyards down to his sons. As a teenager, Guillaume worked alongside his father and uncles in the vineyards and joined the family domaine in 2004. However, after his father passed away, Guillaume realized that his vision was starkly different from that of his uncles, and decided to set out on his own with his small share of family vines back in 2018.

These vineyards represent just over one hectare altogether: 0.4 hectares of Chablis in Vau Brou, which he helped plant in 2000, and a 0.6 hectare block in the Premier Cru of Beauroy, which stretches from Beines nearly to the town of Chablis. Michaut’s parcel was planted in 1980 and is located more precisely in the lieu-dit Côte de Savant, found just outside of the town of Beines and across from the retention lake that his grandfather helped create in the 1960s. Recently, Guillaume was able to add a little over two hectares of Petit Chablis that he planted in 2020.

After working a year-long internship long ago with Nicolas Maillet in the Mâconnais, Guillaume developed an interest in organic farming and low-intervention winemaking. Equally as important, he adopted a winemaking philosophy that respects the terroir and the vineyard over the process and the winemaker. Setting out on his own was an opportunity to put this belief into action. This began with promoting the place (rather than himself) by naming his domaine 47 N 3 E, which refers to the longitude and latitude of his hometown of Beines. 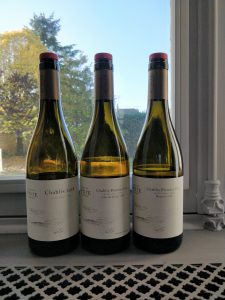 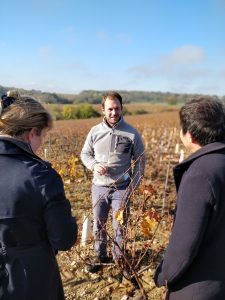 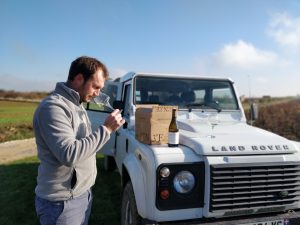 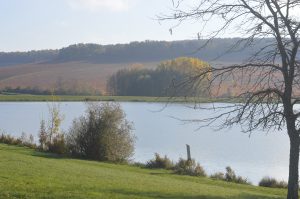 Michaut's 0.6 hectare parcel of Beauroy is located just outside his hometown of Beines, across from the reservoir his grandfather helped create in 1979. Beauroy stretches quite a ways from Beine towards Chablis, and Michaut's vines are in a lieu-di...

Michaut's 0.6 hectare parcel of Beauroy is located just outside his hometown of Beines, across from the reservoir his grandfather helped create in the 1979. Beauroy stretches quite a ways from Beine towards Chablis, and Michaut's vines are in a lie...