In 2013, the city of Dijon purchased a 160-hectare agricultural property called Domaine de la Cras, located just outside the city limits. The former owner had already built a winery and planted 8 hectares of vineyards (5 ha red and 3 ha blanc) on land classified under the Bourgogne AOC, with a possibility to plant an additional 13 hectares. An open call for proposals was held to decide who would take over the winemaking, with the primary criteria being that the vineyards had to be farmed organically, the winner had to be a young winemaker with no existing family vineyards, and he/she must be interested in opening the domaine to the public for educational visits.

After Marc Soyard was chosen, he was given free rein to live on-site at the domaine, tend to the vineyards, and produce and sell his own wines, under the condition that he pay a yearly “rent” in bottles to the city of Dijon. Originally from a non-winemaking family in the Jura, Marc worked for six years at Domaine Bizot in Vosne Romanée as chef de culture (vineyard manager), while also working in the cellar closely with Jean-Yves Bizot to learn the winemaking process.

Marc has adapted the same hands-off, natural philosophy to Domaine de la Cras that he learned at Domaine Bizot. All of the vineyards are farmed organically with some biodynamic practices. Depending on the vintage, the reds are partial whole cluster or 100% whole clusters. All vinification is done with natural yeasts and minimal addition of sulfur. Elevage is traditionally executed in a combination of new and used barrels, with frequent experimentation using different types of wood in small amounts, including the traditional oak from various forests, as well as chestnut and acacia barrels.

The official appellation at the domaine is Bourgogne AOC, but the Domaine de la Cras is the sole producer permitted to use the designation Coteaux de Dijon. The cuvée Coteaux comes from the lower elevation vineyards, while fruit for the cuvée Cras comes from the steeper, better exposed vineyards and has a longer elevage.

Marc Soyard also personally owns two small parcels of Pinot Noir further south in the Cote d’Or – one vineyard of Bourgogne Rouge near Ladoix (which he named Hermaion), and a second parcel in the Haute-Côtesde Nuits. 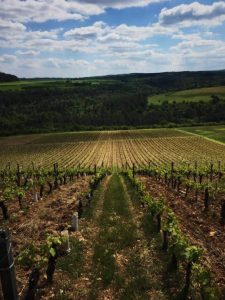 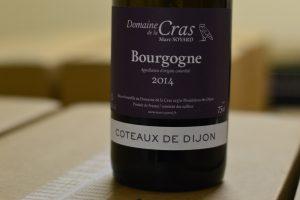 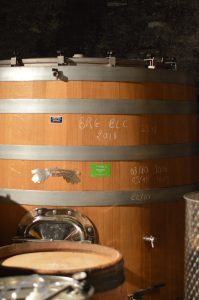 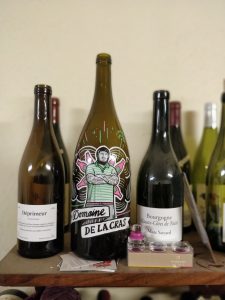 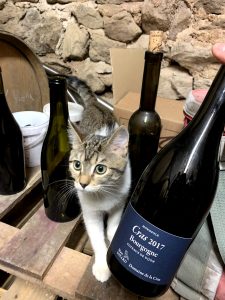 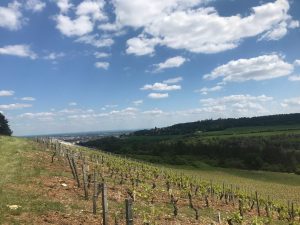 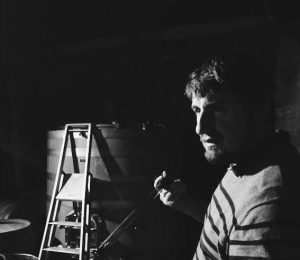 With a virtual tour on Google Earth

The Cras Rouge Monopole is a small selection of the best parcels of Pinot Noir vinified 100% whole cluster and aged for 18 months in barrel. During the reign of the Ducs de Bourgogne, the wines from Plombiers were valued more than those of Gevrey o... 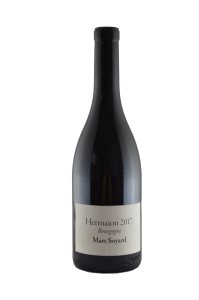 Before he took over Domaine de la Cras in 2014, Marc purchased a tiny 0.20 ha parcel of Bourgogne Rouge in Ladoix. He named this wine "Hermaion" from the Greek word meaning "something good that happens to you by chance." These old vines are treated...

L'Equilibriste Blanc comes from a 1 ha parcel of Chardonnay in the town of Talant, which Marc planted in 2018. Talant is located just next to Plombières-les-Dijon, but the vineyard is across a small valley and so exposed to different weather patter...

The Cras Blanc Monopole comes from the best exposed heart of the 2.5 hectare block of Chardonnay at the domaine. This special cuvée is then aged for at least 18 months in new and used barrels. The vineyards around Dijon are often thought of as Pino...

The Coteaux de Dijon Chardonnay comes from vines at the top and base of a 2.5 hectare block of vines. The vineyards around Dijon are often thought of as Pinot Noir country, but Soyard shows that Chardonnay can thrive just as well and produce some c...

The cuvée l'Equilibriste was initially created for a local circus festival around Dijon, thus the high wine "razor's edge" balancing act on the label. Fruit for the rosé comes from the same Pinot Noir vines in Bessy that are used for the Coteaux de... 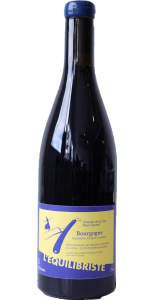 The cuvée l'Equilibriste was initially created for a local circus festival around Dijon, thus the high wine "razor's edge" balancing act on the label. The red comes from the same Pinot Noir vines in Bessy that are used for the Coteaux de Dijon,...

During the reign of the Ducs de Bourgogne, the wines from Plombiers were valued more than those of Gevrey or Chambolle. With expressive, energetic wines like the Coteaux de Dijon Pinot Noir, Marc Soyard is showing that this near-forgotten terroir o...