Each year, Domaine Tardieux-Gal begins their harvest with the Les Sagères vineyard. This flinty site is located at the top of the hillside of the village of Thésée, on the right bank of the Cher River. This terroir showcases an aromatic and floral expression of Sauvignon Blanc. Domaine Tardieux-Gal's vines have been certified organic since 1998. Grapes are hand harvested and vinified with native yeasts, with no added sugar and only a small amount of sulfites used.

Fruit is direct-pressed and spontaneously fermented in steel 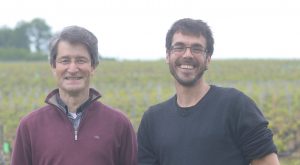