The Clos Signadore is located in Poggio d’Oletta, situated within the inland mountainous part of the Patrimonio AOC. The Clos is planted to 40-year-old Nielucciu vines, which is the local red grape of Corsica and is closely related to Sangiovese. Vermentinu is also planted for white wine production. The vines are divided among four distinct terroirs, which blend together to make a sum greater than the parts. Since the domaine was created, Clos Signadore has avoided the use of chemicals in the vineyards. They only use mechanical weeding, and no chemical products are sprayed on the soil. The domaine has been certified organic since 2010. Wines are produced naturally, with no additives except SO2.

Christophe Ferrandis was born in Marseille to a family with strong roots in Corsica. He grew up spending summers with his uncle in Borgo, just a stone's throw from the Mediterranean, when it was still very rural/agricultural, despite being a 20-minute drive from Bastia, Corsica's second largest city. After working for several years at Domaine Pibarnon in Bandol, Christophe moved to Corsica, where he worked as a consultant for a cooperative. Corsica is notoriously closed to outsiders, but through connections from his uncle who grew up there, he was able to find a few hectares of old vines that were available and established the domaine in 2001. In addition to the flagship bottling Clos Signadore, the domaine also produces the cuvée A Mandria in red, white, and rosé bottlings.

In 2015, Christophe decided to return to his childhood roots and plant two hectares of native Corsican varieties in the flat agricultural land outside Borgo on the east coast of the island. The vineyard is composed of Minustellu, Aleatico, Rimenese, Genovese, and Bianco Gentil. It’s not as far as the crow flies, but there is a mountain range between the two coasts, which separates Patrimonio and Borgo as two completely distinct terroirs. These wines are bottled under the Inizia label, which means ‘beginning’ in the local Corsican language. 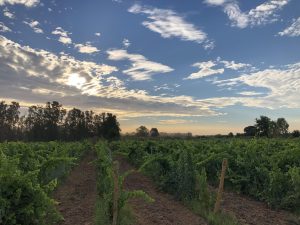 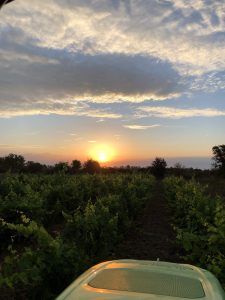 A Mandria Rouge is a 100% Nielluciù from the noble terroir of Patrimonio. Some people would say that Nielluciù (nee-uh-LOOCH) is the same grape as Sangiovese, but any smart visitor to Corsica would be wiser to call it a close cousin. Like the famou...

A Mandria is a Corsican white wine from the noble terroir of Patrimonio produced entirely from the Vermentinù grape. It's a complex wine that is perfect with Mediterranean dishes and can improve with several years in bottle. A Mandria means "she...

Each year, Christophe Ferrandis ages some of his Vermentinù in one or two new barrels to “season” them before using them to age the red Nielluciù in the future. These barrels become the elusive cuvée Clos Signadore Blanc, which offers a powerfully ...

In 2015, Christophe planted three hectares of vines near Borgo, on the east coast of Corsica, not far from Patrimonio, but a tortuously long drive over the mountains to completely different ecosystems. In the times before chemical treatments, plant...

In 2015, Christophe planted three hectares of vines near Borgo, on the east coast of Corsica, not far from Patrimonio, but a tortuously long drive over the mountains to completely different ecosystems. In the times before chemical treatments, plant...

Fruit for Clos comes from the original four hectare plot of 50 year-old-vines called Morta Piana, which Christophe purchased in 2001 to create Clos Signadore.  Composed of mostly clay-limestone with occasional schist and hand-harvested in small bin...