Historically, the region around Marmande has been more famous for tomatoes than for wine. Elian Da Ros established his eponymous domaine in 1999 with a vision to show that the Marmandais terroir could produce exceptional wines to rival those of their famous neighbors in Bordeaux. Despite its geographical proximity to Libourne, the Côtes du Marmandais belongs to the part of France called the great Southwest, the land of incredible gastronomy, and what the British refer to as “charming” wines. As Elian puts it: “In the Southwest, we have to make wines twice as good at half the price…”

After working for five years with Domaine Zind-Humbrecht in Alsace, Elian returned to Cocumont in 1998 and constructed a simple winery, taking the daring step of being the first winemaker to produce and bottle his own wine under the Côtes du Marmandais appellation. After watching his father and his uncle both succumb to cancer from chemical exposure in the vines, it was evident from the start that all farming would be organic. At the time, the wines of the region were so poorly seen that the government was paying farmers to rip out their vines in order to limit production. This turned out to be quite a boon to Elian, since he was able to literally pick and choose the best terroir on the hills.

Several decades later, Elian Da Ros is now the standard-bearer of what remains a small appellation, and works side by side with his wife Sandrine Farrugia (who also makes a tiny amount of wine under her own label). They farm over 20 hectares of vines which are all now certified biodynamic, “the cherry on the cake” as Elian says.

The Côtes du Marmandais sits at the crossroads of the Southwest and Bordeaux, and the permitted grape varieties are a panoply to match. There’s the local grape Abouriou (very tannic and thick-skinned), plus reds and whites from Bordeaux (Cabernet Sauvignon, Merlot, Cabernet Franc, Sauvignon Blanc, Sauvignon Gris, and Sémillon), and quite a bit of Syrah that managed to sneak in as well. Vinification is done with native yeasts and begins in concrete tanks, but the techniques vary from cuvée to cuvée and year to year to achieve the desired profile for each wine. There is no “cut and paste” winemaking chez Da Ros. The wines are then transferred by gravity into the cellar below, where they age from 12-36 months in all sorts of vessels: used barrels, demimuids, and foudres, concrete eggs, clay jars, and more. All wines are then assembled and left to rest “en masse” for at least six months before bottling, so that when a bottle finally comes out of the cave it’s ready to drink. Or at least starting to be ready to drink, since many of the Da Ros wines can improve with a decade or more of bottle age.

The wines are a tour-de-force of delicious drinkability. From Le vin est une fête (translates to Wine is a party) to the single-vineyard Clos Baquey, there's a time and a place to enjoy everything that comes from this cellar. 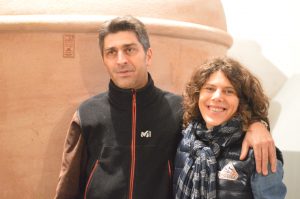 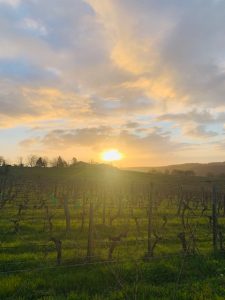 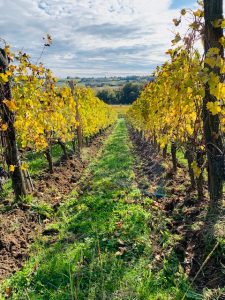 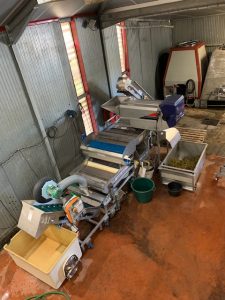 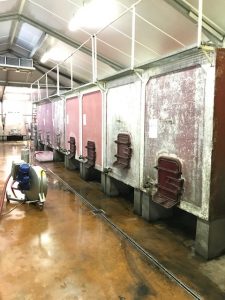 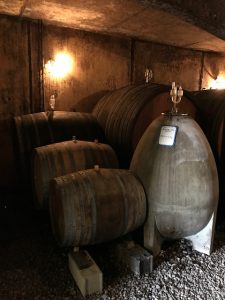 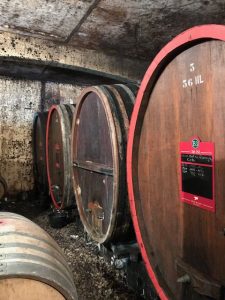 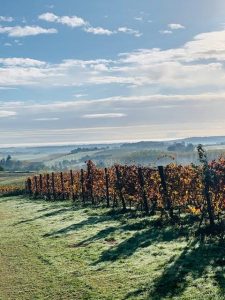 Chante Coucou is a structured blend of Merlot, Cabernet Sauvignon, Malbec, and Syrah that is in many ways the “main wine” of the domaine. Each variety is vinified separately and aged separately in used barrels for 24 months before being blended tog...

Elian describes this wine as "an atypical white from the region, certainly inherited from my time spent in Alsace. Floral nose, full bodied, and fresh, it starts with acidity followed by aromas of citrus, exotic fruit, and mirabelle plums. It pairs...

This rouge clair (light red) is something between a red and rosé, and is produced from a blend of 85% Abouriou, with the rest equal parts Malbec, Syrah, and Cabernet Franc. The grapes are vinified using three different techniques - carbonic macerat...

"Wine is a party" — quite simply named, and quite simply delicious. This is the everyday wine for any occasion. If you need a wine party, call Elian. The taste? Like Beaujolais meets the Loire made by a Burgundy lover near Bordeaux — yes, it's a m...

Abouriou is a rare variety found primarily in the Côtes du Marmandais, but also a tiny bit in the western Loire Valley. Elian writes, "I chose semi-carbonic maceration as my way of expressing this wine, but I didn’t want to hide the terroir or the ...

Clos Baquey is the grand cuvée from Elian Daros—an undeniable statement that the southwest can make ageworthy, inspiring wines. With 2-3 years in bottle it starts to show some round edges, and in 5-6 years begins to hit its prime, drinking well for...

Histories de Boire came to creation in 2017 as a co-project of Sandrine and Elian to show that Merlot can be a versatile grape that can be vinified into glouglou easy to drink style through carbonic maceration. According to Sandrine, as the wine is...

The Vignoble d’Elian is a lovely expression of Cabernet franc, a mid-range wine that blends fruitiness and complexity.