Domaine de Séailles has been a family-owned estate since 1961 and lies in the commune of Mouchan, located in the heart of Gascony. Farming organically since 1998, Domaine Séailles is one of the leading pioneers of organic viticulture within the region. Their 25 hectares of vines are located on a single, large clay-limestone parcel surrounded by forests on all sides. Unusual for the region, the vineyard is planted half to red grapes, primarily Merlot and Cabernet Sauvignon. The white grapes include the region’s ubiquitous Ugni Blanc, which is used primarily for the traditional Armagnac Ténarèze, alongside Sauvignon Blanc and the rare Sauvignon Gris, which are used for the still wines.

The property was originally purchased as a country house by Toulouse-based lawyer Jean Labarenne, who had the vision to embrace a complete organic approach to the growing and production. He originally hired local oenologist Julien Franclet to manage the domaine, and many years later, Julien is a full partner in the property, as well as the vineyard manager and winemaker for over 20 years. 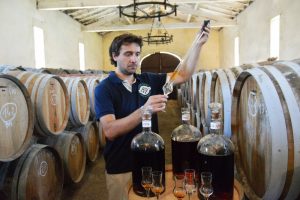 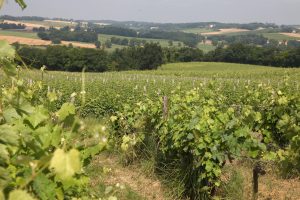 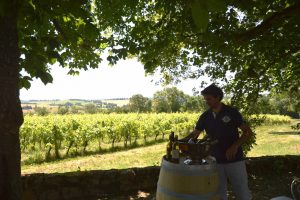 In a region where Ugni Blanc is standard fare, the Presto Blanc stands apart, as it is produced only from Sauvignon Blanc and Sauvignon Gris - two grapes that have much lower yields and show higher quality. They are farmed organically from Séailles...

Cubik is a soft and fruity red wine that surfaces from an ocean of white grapes. The vineyards around Domaine Seailles are famous for producing Armagnac, and are therefore planted mostly to white grapes, which go into the local spirit or still whit...

All the Armagnac produced at Séailles comes exclusively from estate-grown Ugni Blanc grapes distilled on-site within the Armagnac Tenerèze appellation. When Jean Labarenne purchased the Domaine de Séailles, he immediately began the conversion to or...

All the Armagnac produced at Séailles comes exclusively from estate-grown Ugni Blanc grapes distilled on-site within the Armagnac Tenerèze appellation. When Jean Labarenne purchased the Domaine de Séailles, he immediately began the conversion to or...