While working as an oenologue in Provence, Valérie Courrèges was looking for an outstanding terroir with which to settle down, and in 2019, came across the perfect opportunity to settle in Cahors. Now based in the South West, Valérie tends 22 hectares of old vines rooted in a ‘’sublime terroir of clay and limestone of first order.’. Drawing inspiration from legends such as Lalou Bize-Leroy, Jean-François Ganevat, and Olivier Horiot, her first order of businessthe winery was to convert all of the vineyards to biodynamic farming, in accordance with the Demeter certification.

The existing old vines, averaging between 50 and 65 years, were all planted with selection massale and grafted in place—an incredibly rare find in Cahors. The winery is divided into two big parcels. The first 11 hectares are located in the commune of Montuq, and are co-planted with Syrah, Gamay, Malbec, and Cabernet Franc. With this parcel, Valérie decided to forgo the stringent requirements AOP Coteaux du Quercy and declassify the wines to Vin de France, so as to focus on true terroir expression.

The second 11-hectare parcel is located in Sauzet (AOP Cahors). All of the vines are walled inside an intact ‘clos’ from its original construction in 1913—another extremely rare feature that is a testament to the potential of this terroir, according to Valérie. The thick layer of topsoil above the limestone mother rock gives the land an increased resistance to drought, and inversely, to excess water with a natural drainage. The strength of this parcel also lies with its ‘swelling clays’ that give supple notes of violet flowers in otherwise hearty expressions of Cahors.

Valérie’s wines are vinified with mostly destemmed grapes and not crushed grapes, so as to respect the integrity of the fruit. Fermentation is done by parcels in small concrete tanks with indigenous yeast, with very modest extraction implemented through controlled pump over. Valérie is also vinfiying the wines under the mentorship of Matthieu Cosse, another excellent steward of vines in Cahors. 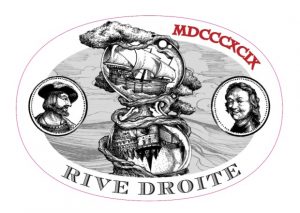 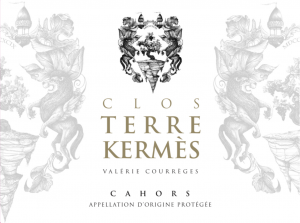