The wines of Domaine de la Jaufrette are resolutely old-fashioned, as the domaine has refused to change the winemaking style since André and Paulette Chastan moved to Orange in the 1950s. The couple both came from winemaking families in the Southern Rhône (André from Vacqueyras, Paulette from Gigondas), though they wanted to create their own domaine. As a young married couple, they purchased land just on the edge of Châteauneuf-du-Pape and planted 5 hectares of Cotes-du-Rhone. Over the next decades, they took over the nearby family vineyards in Vacqueyras and Gigondas, purchased a few others, and in the 1980s, their son Alain was able to add a few hectares of Châteauneuf-du-Pape.

Today, Domaine de la Jaufrette is run by Alain’s son Frederic, who has maintained the same traditional winemaking philosophy. Vinification is a slow process – fermentation occurs naturally in large concrete tanks, where the wine is allowed to sit for up to a year. It is then aged in a mix of used foudres and barrels for another year or more. The wine is then bottled and allowed to age for a minimum of another year, meaning that the wines are released when they are just starting to be ready to drink. From the Côtes-du-Rhône to the Châteauneuf, all the wines are vinified in this same traditionally slow process that has practically disappeared from the region. 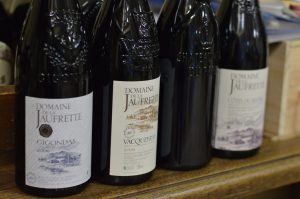 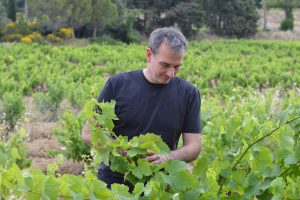 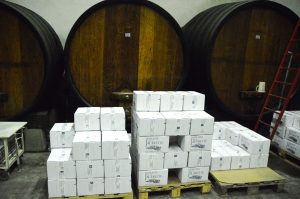 This cuvée is the fruit of a marriage between Frédéric's grandparents. Each was from a winemaking family, but left home to create their own project in the 1950s. The young couple could only afford humble vines in Côtes-du-Rhône, but they chose vine... 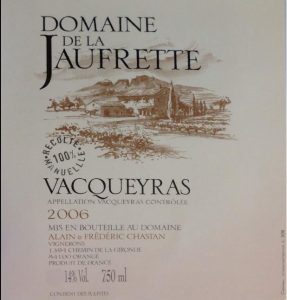 Jaufrette's Chateauneuf is like a time capsule to old-school Grenache, produced without any makeup or artifice. Coming from pure galet terroirs, this wine is naturally fermented with whole clusters and then aged in a combination of foudres and stee...