Unusual, for the region, Château de Calavon has made their red wine of primary focus for over a century, as their limestone terroir in Lambesc is particularly suited to red grapes, especially the very old Grenache vines which are blended with Syrah and Cabernet, then aged for several years in the cellar before release.

Terrassed vineyards on Clay Limestone rocky soils. The classic red blend from Calavon comes from the oldest goblet trained vines on the property 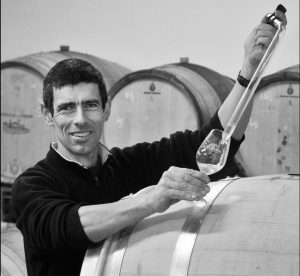 The vineyard is home to an arrayof varieties: old vines of Grenache and Carignan...