It sounds a bit like a fairytale, but it’s true. After years of delivering mail in his native Alsace, Serge Scherrer transferred to the South of France and took over the mail route in the potter's village of Saint-Quentin-la-Poterie. Although Serge grew up and studied winemaking in Alsace, he wasn’t able to create a domaine from scratch in his home region. Regardless, Serge always stayed friends with winemakers in the region, notably with natural wine legend Bruno Schueller.

After settling in the south near the quaint medieval town of Uzès, Serge purchased four hectares of old vine hillside vineyards around Saint-Quentin that no other vigneron cared to bother with. However, the site’s small yields were producing some of the best fruit around. After his official retirement from La Poste in 2018, the opportunity to acquire five more hectares of old vine Grenache, Carignan, Syrah, and Tempranillo proved too tempting to resist. Serge is now forging ahead faster than ever to create some of the most personal and inspiring wines around Uzès.

For those who are wondering, Agarrus refers to the native oak 'quercus coccifera' that grows in the scrublands around the Mediterranean. When Serge started the domaine, he let his teenage son choose the font for his new label. Serge did not anticipate that his music-loving son would choose a 'death metal' font for this new wine project, but the choice was made and lives on to this day. 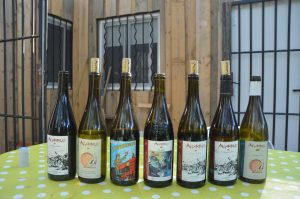 La Vigne du Facteur (The Postman’s Vineyard) refers to Serge Scherrer’s first career as the town mailman. This blend of Grenache, Syrah, Carignan, and Cinsault comes from the first old vines that Serge acquired in the hills outside of Uzès. It’s a ...

"Serge likes to change the subject each time this wine comes up. He doesn't produce much white, and because he lives in a region known for red wines and hot summers, there is a local clamor from May to September for all the good white wines around.... 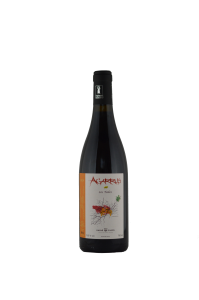 ‘Les Toiles’ literally means ‘the canvases,’ but toile is a colloquial French term for painting. Each year, Serge works with a different artist to create a new label for this Syrah-based blend. The appellation Duché d’Uzès was created only in 2013,... 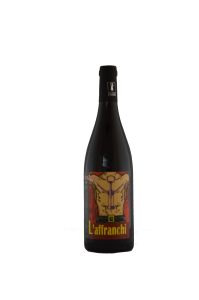 Serge Scherrer produces two wines with minimal added sulfur from some of his oldest vines. These cuvées are Serge's way of making wines that are clearly against the establishment of what is expected from the region. Both wines have revolutionary-le... 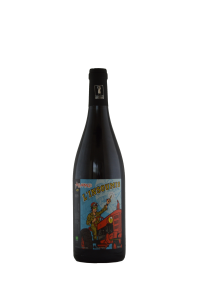 L'Insoumis (The Rebel) is made with 100% Carignan, which is the region's most capricious grape to grow and vinify. Serge says that it always gets sick in the vineyard, and whenever there are problems in the cellar, nine times out of ten it's the Ca...