Aurélien Chatagnier founded his own domaine in 2002, when he was just in his early 20s. He doesn’t come from a winemaking family, but as a teenager, he worked in the vines for Domaine Jamet, where he became inspired to learn more about winemaking. He worked for several years with François Villard, who eventually pushed him to head out on his own. Starting with just over one hectare of rented vines, Aurélien has steadily built up a domaine of almost 10 hectares by purchasing, bartering, and replanting vineyards around the town of Saint-Pierre-de-Boeuf at the northern extreme of the Saint-Joseph appellation. The vineyards are rooted predominantly in granite soils and are very steep. The house style leans towards a lean, pure style of winemaking, and beautifully depicts the reason why some of the best producers in the area decided to pass the torch over to Aurélien as one of the best young winemakers in the region.

Aurélien has a strong ecological conviction and has always worked organically in the vineyards, though he only pursued the certification in 2019. Having scraped together his own domaine over the years, Aurélien is particularly attached to each of his vineyards, and has given them adopted names like “Pied Cassé” (where he fell off a wall and broke his foot) and “Le Teuf” (French slang for a big party). Aurélien spends much of the winter season building traditional stone walls in his vines to prevent erosion and to allow for additional planting on the punishingly steep slopes around Saint-Pierre-le-Boeuf.

For vinification and élevage, Aurélien works simply in a small and cramped cellar beneath his 17th century farmhouse. All wines are made with native yeast. The reds are all destemmed and fermented in fiberglass tanks. The very small production of IGP Gamay and Syrah are aged in tank, then bottled in the late spring. All of the other reds are mostly aged in used barrels for 18 months. Whites are pressed and allowed to ferment directly in barrels, then typically bottled in mid-summer once the slow fermentations have completed. 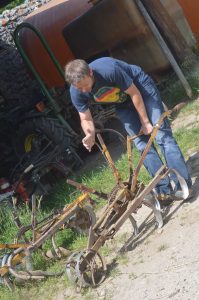 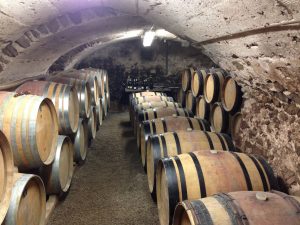 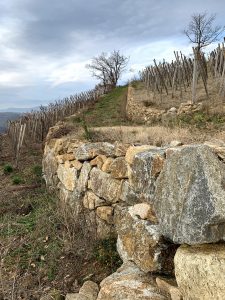 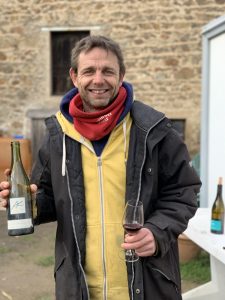 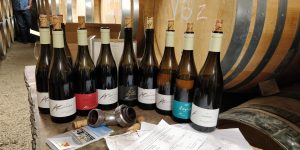 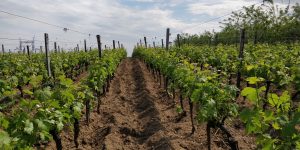 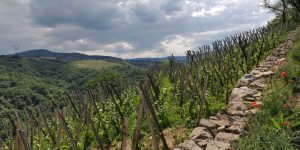 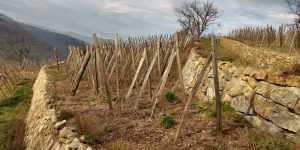 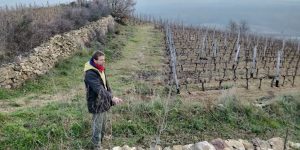 A Sybarite is a person who is self-indulgent in their search for sensuous luxury. Chatagnier’s Sybarite is a blend of Syrah from 4 communes: Ardoix, Charnas, Malleval, and Limony, all hailing from granite soils and south-southeastern exposure.

Many whites from Saint-Joseph can be heavy, though Chatagnier's is surprisingly bright, fresh, and marked by good acidity. The Marsanne comes from a parcel in Ardoix, while the Roussanne comes from Limony.

The Condrieu is a blend of two parcels situated in Limony. One has direct southern exposure and granite soils with very little clay, which adds richness to the wine, while the other is east-facing and pure granite soils, which bring elegance and fi...

This single-vineyard wine was planted in 2007, and while Aurélien considers it to be one of his best terroirs, it was never classified AOC Saint-Joseph because the owner had not originally planted vines there, and was unable to request the appellat...

The cuvée Zélée (as in zealous, or zealot) is selected by Aurélien each year from his favorite barrels. This vintage is focused on one of his best parcels in Limony, a selection of other barrels is blended in each year. The first vintage produced o...

Chatagnier's Côte-Rôtie comes from two postage stamp parcels that Aurélien planted on some family land that fortunately happened to be in the Côte-Rôtie appellation. The vineyards are treated organically, like everything else at the domaine, and vi...

Gamay is still grown in the Northern Rhône, mostly on hills that are considered unsuitable for Syrah. This chauvinist attitude is quite fortunate for wine lovers, as it means that the grapes are undervalued by growers in this region who produce tin...

The IGP Syrah comes from a parcel in Charnas.