Emmanuel Barou's grandfather established the family farm outside Charnas, in a remote area of the Ardèche in 1928. His goal was to create a self-sustaining farm, where the family could grow all of their own produce and raise their own animals, then sell off whatever excess they had. Later, Emmanuel's father Alexis took over the farm and continued to raise dairy cows, tend peach and apricot orchards, and grow grapes. In 1971, Alexis took the risk of a total conversion to organic farming. At the time, a market for organic produce did not exist in France, so until 1983, he continued to sell his organic produce to conventional wholesalers (and at conventional prices) despite much lower yields!

In 1997, after studying viticulture and oenology in Orange and Avignon, Emmanuel took over the family domaine and oriented the exploitation towards viticulture. This specialization resulted in the planting of new plots in AOC Saint-Joseph and AOC Condrieu, and the renovation of an old barn into a new cellar. Today, the domaine consists of 7 hectares of Vin de Pays vines on the granite soils around Charnas, and 3 hectares in nearby Limony of AOCs of Saint-Joseph and Condrieu. Since 2013, the domaine has been practicing biodynamic methods. 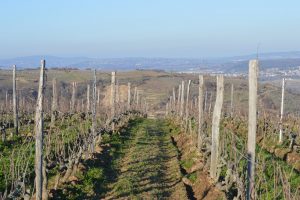 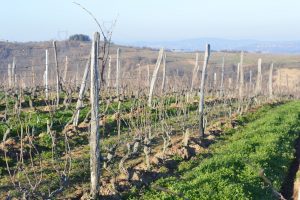 Organic certified since 1971, Biodynamic practices since 2013

From 30+ year old vines around Charnas. 80% whole-cluster fermented and aged in 5-6 year old barrels for 9 months. 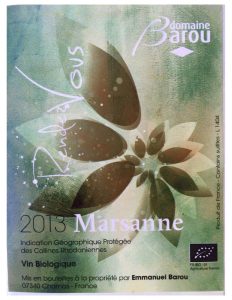