Since his first vintage in 2015, Justin Dutraive’s vision has always been to keep things small. The entire domaine is less than two hectares, and he produces no more than a few thousand bottles of each cuvée. This allows him to have total control over the farming and vinification – or as much control as possible when winemaking is done naturally. As a “side job,” Justin works alongside his family at Domaine de la Grand’Cour in Fleurie, where he absorbed the natural Gamay ethos from his father Jean-Louis (as well as from the rotating band of winemakers who regularly pass through the gates). As Jean-Louis nears retirement, Justin has taken on more of the winemaking for the mishmash of labels that permutate from the Dutraive enclave. These all have the same general vision behind them: organic farming, natural winemaking, and high-quality Gamay.

With several vintages now under his belt, Justin has clearly managed to create his own distinct style, which is both recognizable and different from the other wines of the Dutraive clan. 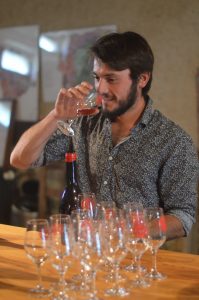 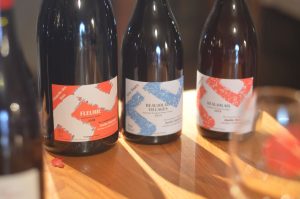 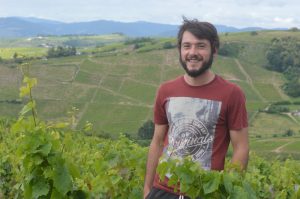 ‘Les Bullands comes from an isolated parcel in the woods below the village of Fleurie. The soil is particularly heavy in clay, which creates a broader and richer wine than one might expect from a “simple” Beaujolais. 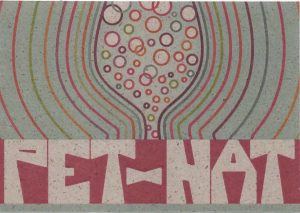 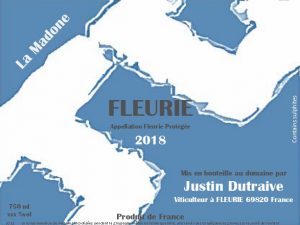 La Madone is one of the emblematic terroirs of Fleurie, comprised of an outcrop of granite that towers steeply over the surrounding vineyards with a famous chapel at the top (hence the name). Justin’s small parcel comes from vines owned by his moth... 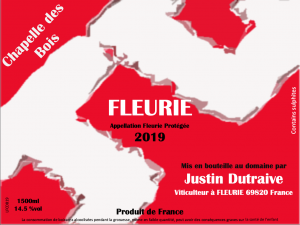 These vines were planted by Justin's grandfather and are now winch-plowed due to the tiny space between vines rows, no tractor can be used.