Raphael Saint-Cyr is the fourth generation vigneron at the Domaine Saint-Cyr, which was created by his great-grandfather, Pierre Saint-Cyr. The estate is located in Anse, found at the southern edge of the Beaujolais. When Raphael took over the winemaking in 2008, he let go of a large portion of Beaujolais vines around the winery and acquired vines further north in the crus of Morgon, Regnié, Chénas, and Moulin-à-Vent. Having seen his grandfather and uncle get sick from the chemicals used to treat their vines, Raphael was immediately convinced to convert the entire 23 hectare domaine to certified organic viticulture, making Domaine Saint Cyr one of the largest organic domaines in the Beaujolais.

The cuvée La Galoche is named after a small stream that runs by the property and represents the largest production from the domaine. More than anything, it represents the Beaujolais ideal of a delicious, joyful, and easy-to-drink Gamay wine. The oldest vines are vinified and aged separately as the cuvée Terroir de Bellevue, which shows the potential of the oft-maligned southern Beaujolais to produce wines that can stand up to the famous crus of the north, including Fleurie, Morgon, Chénas, and Moulin-à-Vent. The big difference here is soil type - the Pierres Dorées are limestone, while the crus are all planted on granite.

Beginning in 2017, Raphael began to experiment with cold carbonic fermentation and shorter aging for a cru Beaujolais with the single-vineyard Chénas Les Journets. Following the successful reception of this wine, all of the red wines today are vinified using cold carbonic fermentation since 2019. Always searching to improve his work in the vineyard and the quality of his wines, in 2020, Raphael began plowing his own vines with two Comtois drafthorses, Samba and El Suegno. Domaine Saint-Cyr represents the very best of the Beaujolais - joie de vivre and generosity above all, backed up by good people and solid work in the vineyards and cellar. 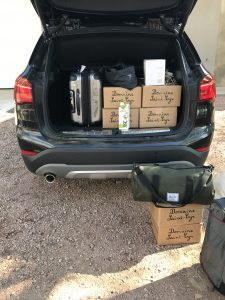 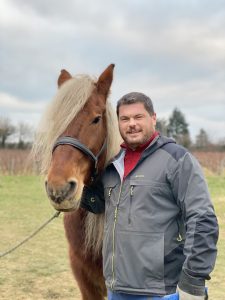 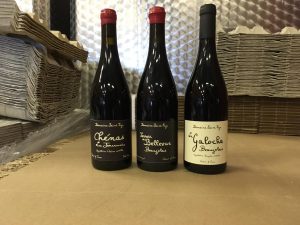 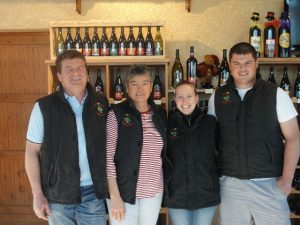 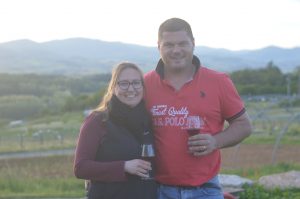 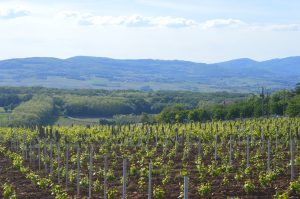 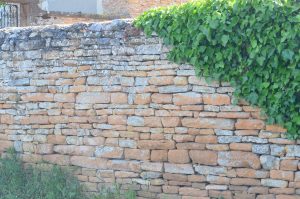 Vigneron Raphael Saint-Cyr managed to bottle the party spirit of the Beaujolais region, and he called it La Galoche. It's a light and fruity Gamay that's a perfect go-to bottle.

Raphael Saint Cyr produced the first vintage of Pet-nat Saint Cyr in 2017 by special request from Paris Wine Company. The wine is fermented “sur point” in bottles that are completely upside down (no lees contact), which renders the wine fresh, frui...

Raphael is particularly proud of this single-vineyard old vine Beaujolais Blanc from this aptly named Chardonnay vineyard between the winery and the now famous La Galoche stream, planted in the 1950s. It's possible to label Chardonnay from this r...

The Domaine Saint Cyr is proudly located in Anse, in the southern part of the Beaujolais known as Les Pierres Dorées, the golden stones, after the golden-hued limestone which is emblematic of the region. La Galoche is the name of a small stream tha...

The Domaine Saint Cyr is proudly located in Anse, in the southern part of the Beaujolais known as Les Pierres Dorées, the golden stones, after the golden-hued limestone which is emblematic of the region. La Galoche is the name of a small stream tha...

At nearly 500 m, Les Charmes in Morgon is Saint Cyr’s highest elevation parcel, which makes for cooler nights and a convincing freshness behind the fruity Gamay. Since 2019, all the cru Beaujolais from Domaine Saint Cyr have been vinified using col...

Since taking over the family domaine, Raphael has slowly but surely steered the domaine towards a lighter, fresher style. 2018 was the first vintage of the "new" Moulin-a-Vent made in the classic cold carbonic method of the legendary cru Beaujolais...

Les Journets is a prolongation of the Blémonts parcel in Chénas that Raphael has been farming for over a decade. In 2017, he decided to vinify this block separately, experimenting with a full carbonic fermentation to make a juicy, "grapier" Beaujol...

Terroir de Bellevue comes from a single old vine Gamay parcel in Anse planted by Raphael's grandfather in the 1950s. It's vinified in the semi-carbonic style of the Beaujolais, but the limestone terroir gives it a unique quality. If any wine from t...

Chénas has historically been an overlooked appellation, but Raphael Saint Cyr intends to help change that. Les Blémonts vineyard is located in the center of Chénas. Raphael purchased this vineyard at the same time as his friend Paul-Henri Thillardo...