Pierre Cotton's family has been farming and producing wine at the same cellar in Odenas since 1856. Legend has it that the large chai, with its cavernous cellars, was built in the 18th century to make the wines for the nearby Château de Pierreux, and that over the years, it has housed a rotating group of producers.

Today, Pierre and his partner Marine are the sole producers to make wine here. After working for a short stint as a motorcycle mechanic, Pierre spent two years in the Loire Valley before returning to the domaine. In 2014, he reclaimed 1 hectare of Côte de Brouilly for his first cuvée - 100% Cotton. Over the next few years, he reclaimed another 2 hectares around Brouilly from the family holdings, purchased 1 hectare in Fleurie, 1 hectare of Regnié, and 1 hectare of Beaujolais, sas well as planted a small patch of Beaujolais Blanc on a unique vein of limestone near the domaine.

Inspired by tasting wines with compatriot friends Yann Bertrand, Jules Metras, and Keke Descombes, Pierre’s wines are all farmed organically and made without any sulfur. Vinification is semi-carbonic in large cement tanks, and then the wines are aged for 8-9 months in old foudres that range in size from 14 to 42 hectoliters.

In 2020, Pierre's partner Marine Bonnet officially joined the domaine. Marine has a background as an agronomist specialized in viticulture, and Pierre and Marine now manage both the vineyards and winemaking together. 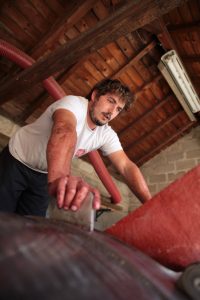 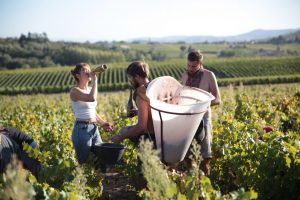 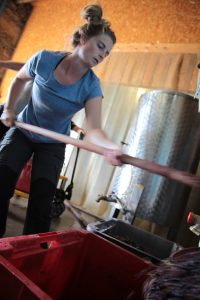 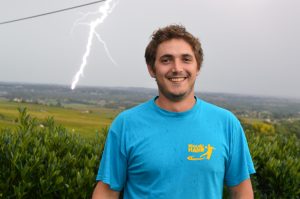 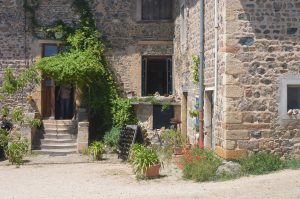 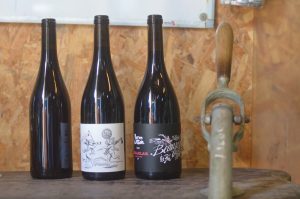 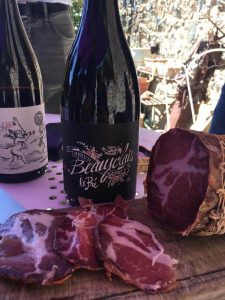 Located just next to the winery in Odenas, Cotton’s parcel of Côte de Brouilly is on a unique terroir of “corne verte” that Pierre says is found nowhere else in the Beaujolais. The Côte de Brouilly 100% Cotton was the first cuvée Pierre made and re...

This small cuvée of Chardonnay is produced from a combination of Cotton's own vines and purchased fruit from his immediate neighbors who also farm organically. The wine was vinified and bottled without any added SO2.

Le Pré is an atypical parcel with a sandy terroir in Charentais. Pierre decided to isolate it as a single vineyard as an experiment to see what it would do on its own. All of the red wines at Cotton are vinified with native yeasts and without S...

All of the red wines at Cotton are vinified with native yeasts and without SO2 in concrete tanks, then age underground in century-old foudres that were originally built for holding beer, then were repurposed in the 1950s and 1960s.

The Brouilly comes from family holdings just outside of Odenas at lower elevation than the Côte de Brouilly. The Brouilly tends to be a bit lighter and fresher. Brouilly was the second wine that Pierre produced, and decided to stick with the same n...

The combination of pink, yellow, and red granite is only found in this 1.5 hectare parcel called Les Grillés, or The Grids, which refers to the various layers of rock, located on the slope just next to the winery in Odénas. Les Grillés was the firs...

All of the red wines at Cotton are vinified with native yeasts (without SO2) in concrete tanks and aged underground in century-old foudres that were originally built for holding beer, then were repurposed in the 1950s and 1960s.

The Vin de France Gamay is a blend of declassified grapes from the domaine's Beaujolais and Brouilly vineyards that don't quite match the quality for their eponymous cuvées, as well as some free run juice from the carbonic maceration of other cuvée...

Typically, the domaine only produces one wine from Brouilly: 100% Cotton, a blend of two parcels (Les Mines and Bonnège). In 2020, Pierre and Marine decided to make two separate cuvées, as this is the last year that they will be able to harvest gra...

Typically, the domaine only produces one wine from Brouilly: 100% Cotton, a blend of two parcels (Les Mines and Bonnège). In 2020, Pierre and Marine decided to make two separate cuvées because this is the last year that they will be able to harvest...

Fruit for Cotton's Fleurie Poncié comes from a beautiful old Gamay vineyard facing south towards the village of Fleurie. The grapes are vinified exactly the same as Cotton’s other wines, which showcases the difference between his native terroir of ...

Pierre and Marine jumped at the chance to acquire this small parcel above the winery at the very top of the Côte de Brouilly. This is the highest elevation vineyard in the appellation, located just before the small chapel at the top of the hill in ...