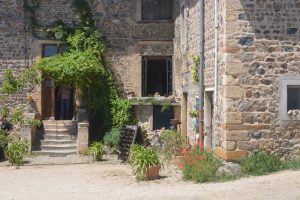 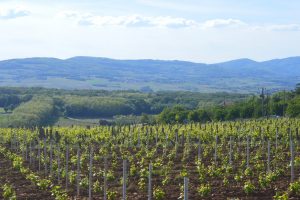 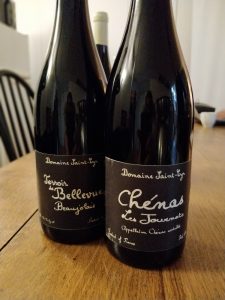 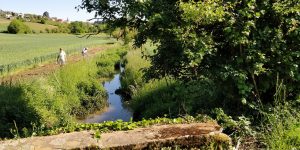 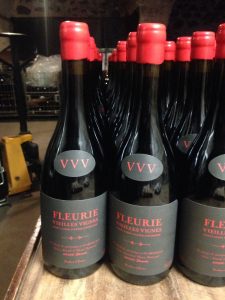 What’s not to love about Beaujolais? Known for its easy-drinking varietal Gamay, these wines are some of the most versatile bottles on the market, produced in a variety of signature styles. Overall, the region’s highly-regarded cuvées are known for their food-friendliness, crowd-pleasing palates, and generally affordable price tags. However, there’s so much more to Beaujolais than meets the eye. The region is broken down into 10 crus, each of which brings something different to the table. From lighter-bodied bottles of Brouilly to meaty, ageworthy cuvées from Morgon, here’s our official ‘Beaujolais Breakdown,’ featuring the region’s 10 top-notch crus (plus some additional bonuses at the end!)

Saint-Amour is Beaujolais’ most northerly appellation, best-known for its light and easy-drinking wines dominated by bright red fruit flavors. Soils here are a bit varied, comprised of a mix of granite, clay, schist, and limestone. Wines from Saint-Amour generally show their best within a year or two after harvest. Unsurprisingly, a significant amount of Saint-Amour bottle sales take place around Valentine’s Day (approximately 20-25% of annual production!) More surprisingly, Saint-Amour is one of the two crus that fetch the highest price on the bulk wine market.

Below Saint-Amour sits Juliénas, named after the ancient Roman leader, Julius Caesar. These wines have been admired since Roman times, known for their sturdier and slightly more tannic profiles. Because of this tannic structure and hearty backbone, wines from Juliénas are some of the more ageworthy bottles to come out of Beaujolais. Expect wines with abundant notes of dark berries, violets, and hints of baking spice, balanced by gritty tannins and vibrant acidity.

Chénas gets its name from the word chêne, which means ‘oak tree’ in French. Despite being the smallest cru in Beaujolais, wines coming out of Chénas are full-bodied and fierce, known for their spicy, floral, and dark-fruited flavors. Here, grapes grow on just one square mile of slopes, cultivated by about 100 growers. During the 1700s, wines from Chénas were abundantly exported to Paris and held with high regard, as they were a favorite of Louis XIII. Fun fact: Chénas is actually the smallest cru in Beaujolais because it borders Moulin-à-Vent. At the time when the crus were created, winemakers had a choice between labelling their bottles Moulin-à-Vent or Chénas; because bulk prices were (and still are) higher for Moulin-à-Vent, most vignerons opted for said designation.

Wines from Moulin-à-Vent are deemed some of the sturdiest and most ageworthy bottles in all of Beaujolais. Despite their solid structure, these bottles are surprisingly never too tannic, maintaining an approachable flavor profile in their youth. Juice tends to show a relatively opaque hue in the glass, leading to complex flavors of ripe dark berries, crushed red flowers, undergrowth, and game. Moulin-à-Vent vineyards are also some of the highest planted in all of Beaujolais, reaching altitudes of up to 1,280 feet. Soils are comprised of pink granite, and in just two square miles, over 4 million bottles are produced annually. The region is also home to a historical windmill monument from which the appellation derives its name.

As an appellation, Fleurie boasts one of Beujolais’ highest concentrations of world-renowned producers, scoring it a relatively high regard amongst industry and consumers alike. Wines from Fleurie are known for their floral element (hence the appellation’s name– fleur means flower in French.) Here, pink granite soils create healthy and juicy fruit, much of which is farmed organically. Expect sophisticated and silky bottles noted with violet, rose petal, and red fruit flavors.

Of all 10 crus, the vineyards of Chiroubles sit the highest. Soaring vineyard altitudes lead to the region’s lowest temperatures, meaning that these clusters are some of the last to be harvested in all of the region. Although the wines are wildly complex, bottles from Chiroubles are meant to be consumed relatively young. Notes of iris, strawberry, and crunchy red fruit flavors are most prevalent; expect delicate, ready-to-pop wines that are perfect for evening aperitifs. Chiroubles is also known for having some of the most punishingly steep and difficult to farm slopes, which may be a reason few producers venture towards this cru.

Morgon is the second-largest cru in Beaujolais, just after Brouilly. Like Fleurie, Morgon is home to an array of high-quality producers, including all of the original ‘Gang of Four’ vignerons (Lapierre, Thévenet, Foillard, and Breton.) Wines are best-known for their full-bodied and meaty flavor profiles, marked by cherry, iron, and wet stone notes. These bottles show their best when served alongside equally hearty food and are standout candidates for long-term cellar aging.

Régnié’s mineral-laden, pink granite soils comprise just one small square mile, though give way to some of the region’s most interesting wines. Vineyards are mostly cultivated on rolling hillsides, many of which sit over 1,000 feet above sea level. Régnié is the youngest of the 10 crus, officially receiving its AOC status back in 1988. Aromatic and bright, these wines tend to show flavors of raspberry and red currant. These bottles mature relatively early and generally show their best when consumed within five years of harvest.

Brouilly covers a whopping 20% of Beaujolais’ entire area and is split into six communes. The region’s soils are broken down into two major types: pink granite and limestone-marl. Wines from Brouilly show a gorgeous ruby hue in the glass, with varied yet all-around fruit-forward flavor profiles dominating the bottles. Light and easy-drinking, wines from Brouilly are your typical Parisian ‘bistro’ wines. Over 8 million bottles are produced in Brouilly every year.

Côte de Brouilly sits within the larger Brouilly appellation. Vineyards are mostly located on the regional hillsides, where fruit tends to ripen a little better. Structured and ageworthy (like wines from Morgon), these wines tend to be meatier and cellar-friendly, showing flavors of dark berries and wet stones. However, one of the Côte de Brouilly’s biggest issues is soil erosion. Local vignerons have been working together for decades to create drainage facilities to release excess water from the appellation’s soaked slopes. The region’s soils are also marked by high levels of diorite, a hard volcanic rock, which gives the wines a distinctly noticeable flavor.

AND THEN SOME…
Beaujolais and Les Pierres Dorées 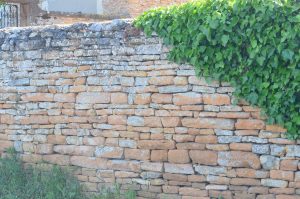 The overarching Beaujolais appellation encompasses 24 square miles and 72 villages across the larger region. Reds and rosés are produced from the Gamay grape, while white wines are made from Chardonnay. Over 1,800 growers have been cultivating Beaujolais for the last 90 years, exporting a majority of said wines to various international markets.

Some of the Beaujolais vineyards are located at the edges of the crus, but the majority are found south of the crus in a region known as Les Pierres Dorées. This southerly section is renowned for its ‘golden stone’ limestone soils, which date back to the Mesozoic period. Unlike the pink granite that dominates most of Beaujolais, these limestone soils, situated just 30 kilometers from Lyon, are extremely reminiscent of Tuscany and its rolling green hillsides. Unfortunately, only a few producers here focus on quality or farm organically.