Growing up in Fleurie, Yann Bertrand never thought he would become a winemaker. He briefly enrolled in commerce at a local university, then travelled around the French Alps for a few years. When applying for local jobs, he noted that he was the son of a vigneron and soon found himself working at wine bars and wine shops, surrounded by passionate wine geeks and artisan winemakers who often came to deliver wine themselves. Tasting wines in a new way, he began to ask himself some questions, and eventually decided that the metier of a winemaker would be interesting to him if he pursued it with the same passion as the role models he encountered.

Returning to the Beaujolais, Yann began to learn from the incredible circle of producers that he never knew before, including well-known people like Jean Foillard and Yvon Metras, as well as the behind-the-scenes guru Jacques Neauport (who was the quiet right-hand to the legendary Jules Chauvet).

All of the vines are farmed organically and located in a single 7.5 hectare block known as Grand Pré. The vineyards are 30-110 years old, planted on extremely fine sandy granite soils, and all winemaking is done using cold carbonic whole cluster fermentations that were developed in the Beaujolais, as well as no added SO2. Yann's parents had been slowly moving in the direction of organic viticulture since they took over the family domaine in 1992, and in 2013, the entire vineyard was certified organic. Additionally, Yann took on 1.5 hectares to farm on his own using biodynamic principles. Thanks to incredible farming and knack for Gamay, Yann Bertrand has justifiably become one of the most sought-after producers in the region.

Following two unusually small harvests, Yann created a line of négociant wines in 2016 following strict criteria that all vineyards must be plowed and farmed without any chemical pesticides or fertilizers. The grapes are always purchased “sur pied” and harvested by Yann and his team, and vinification is done with native yeasts. Elevage and bottling take place at the domaine, just as with every other wine produced at the estate. 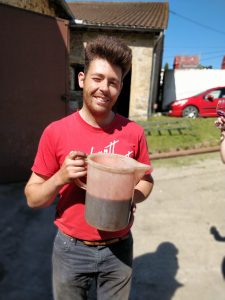 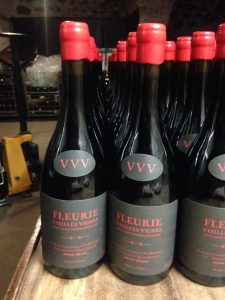 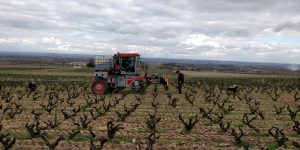 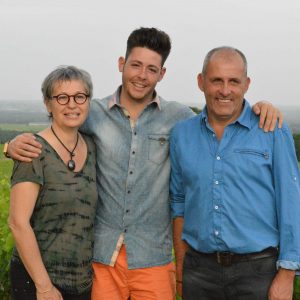 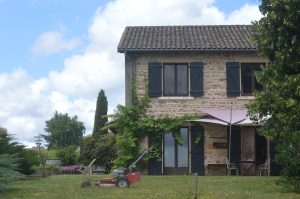 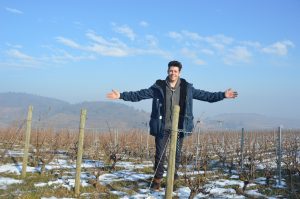 The Cuvée du Chaos comes from the oldest vines in Grand Pré (60-100+ years old). Yann considers this his cuvée d'exception and uses these vines to experiment with biodynamic farming, as well as other ways to advance his vineyard management. The...

Morgon Dynamite is the confidential cuvée made from the tiny sliver of vines at Grand Pré that reach across the boundary into Morgon. So while the label says Morgon, the soul is definitely in Fleurie. Like everything at the domaine, this wine is na...

Following a small harvest in 2015 and a catastrophic frost in 2016, Yann Bertrand decided to incorporate a micro-négociant approach into his family domaine. Yann’s goal for these wines is to collaborate with serious and passionate growers to suppor...

Named after Yann Bertrand's first child, the Cuvée Emile is produced only in exceptional years from the oldest vines at the domaine. Vinification and elevage is the same as with the cuvée Vieilles Vignes, and the rare Cuvée Emile is also held back ...

The Fleurie Vieilles Vignes comes from vines that are over 60 years old. This cuvée is aged for longer in used barrels, then held back for an additional year before release. Like everything at the domaine, this wine is naturally vinified without an... 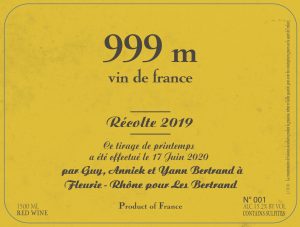 The cuvée 999m was produced only in 2019 and bottled exclusively in magnum. The story behind the wine is quite interesting. As he didn't have enough room in his cellar, Yann stored a few barrels of Saint-Amour at his brother's house in Avenas, 12 k... 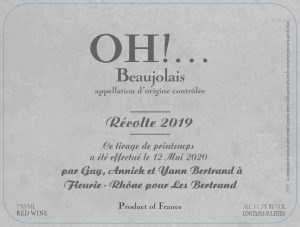 A retired vigneron in Fleurie offered to rent Yann this parcel after tasting his wines at the local café in the town center (he was quite impressed). The vigneron told Yann that the wines reminded him of the bottles he drank when he was a young win...

Juliénas is the furthest north cru of the Beaujolais and has a unique terroir from the better known crus to the south. Yann was inspired to produce Juliénas because the terroir is rather unknown and also because he forged a relationship with a pass...

The Fleurie Phenix is produced from negociant grapes at the top of La Madonne, near the famous hilltop chapel in Fleurie. The terroir is completely different from the domaine vines in Grand Pré. La Madonne has harder and stonier granite cooled by t... 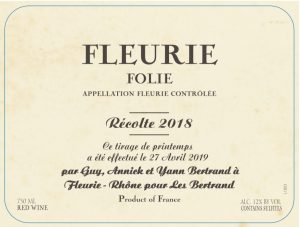 Fleurie Folie comes from the youngest wines at Grand Pré which are "only" 30-60 years old. It's meant to be the most approachable wine right after bottling, but still packs plenty of delicious Gamay and Beaujolais joie de vivre into each bottle. Li...