Since taking over the family winery at the age of 18, Bernard Bohn has crafted an individually unique style of wines on the only outcrop of schist terroir in Alsace. The Bohn family members have been winegrowers for well over three centuries in Reichsfeld, a small village at the far end of the valley, where until recently, the local Alsatian dialect was still more common than French. Today, Bernard and his son Arthur farm just over 9 hectares and go beyond organic agriculture to incorporate uncommon techniques, such as completely abandoning vineyard plowing and allowing cover crops to coexist to create balance in the vines.

Bernard has always had an independent streak. While still in high school, he decided to leave his Jesuit boarding school and enroll in the local winemaking program. With the bare minimum certification in hand, he returned home and announced to his father that he would like to take over the winery. At the time, the domaine was spread out over many small parcels in the village, but Bernard had his sights on the Schieferberg, a backbreaking steep slope composed of nearly pure schist, where the Bohn family had constructed a small chapel many years earlier. Through a series of purchases, inherited vineyards, and trades with other winemakers who preferred flatter and easier to work parcels, Bohn managed to cobble together a single 5-hectare parcel of old vine Riesling and Pinot Gris.

Like many domaines in Alsace, the winery produces a dizzying array of cuvées (33 at last count). Chez Bohn, they largely fall into two camps: the ‘typical’ Alsatian wines and the natural wines labeled ‘Par Nathur’. All wines come from their own organically-farmed vineyards and are fermented with native yeasts.

The ‘typical’ Alsatian wines are anything but typical. Riesling and Pinot Gris are planted on the schist in Reichsfeld, while Sylvaner, Muscat, Gewurztraminer, and Pinot Noir come from precambrian sandstone on the facing hillside in Bernardvillé. Bernard has always believed in the supremacy of schist and releasing wines when they are ready to drink, so the flagship Pinot Gris and Riesling from Shieferberg are often held back in bottle for 6 years or more before release. Bohn is also justifiably proud of his Pinot Noir. Since the Middle Ages, the sandstone hills have been reputed for excellent red wines, and Bohn produces a range of Pinots, from typical light-bodied expressions to fuller, medium-bodied examples aged in barrel. Then there’s the Vintage Crémant, which is aged for 12 years on the lees before disgorgement.

The ‘natural’ wines are always vinified and bottled unfiltered with no added SO2. Following a stern letter from the AOC, which ‘reminded’ the domaine that the label ‘Par Nature’ (by nature) was not allowed, they combined Arthur and Nature to create ‘Par Nathur,’ which is ‘tolerated’ by the AOC, though not necessarily approved. In this range, we find not only a sans soufre version of the ‘typical’ range, but Bohn specials, such as a field-blend orange wine or a ‘vin de soif’ made from whole cluster Pinot Noir grapes infused in Pinot Gris and Riesling.

The division between the ‘typical’ and ‘natural’ range is completely fluid - the typical wines receive minimal doses of SO2 (less than 1g at bottling) that would qualify as natural at most other domaines, and they occasionally decide to hold a ‘Par Nathur’ wine for a few more years if it’s not ready for release.

The cellar is full of endless surprises, such as the one-off Riesling ‘Hors d’Age’ – a blend of eight barrels from eight different vintages from 1997 to 2015. And there’s neither time nor space to discuss a full range of homemade brandy and eaux-de-vie…

With an artistic flair and boundless curiosity, please sit back and appreciate the innovations and experiments while enjoying the uniquely delicious range of wines from the Schieferberg and surrounding terroir. 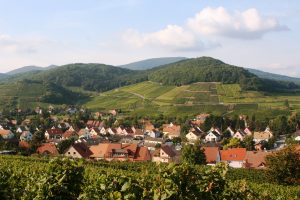 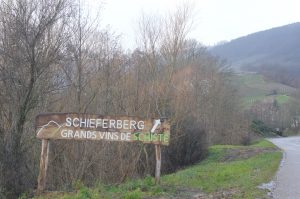 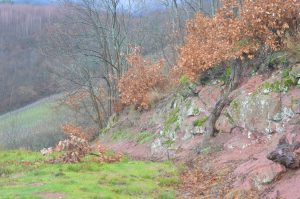 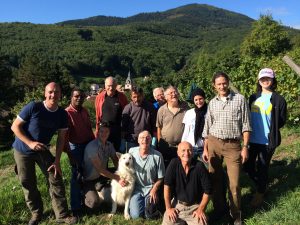 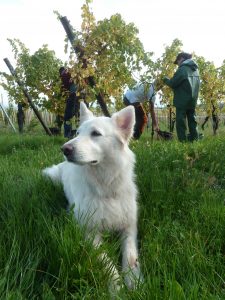 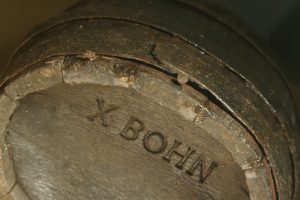 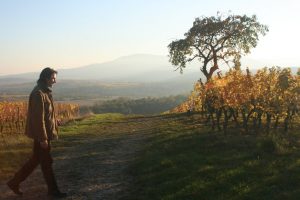 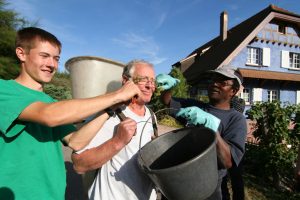 Notes from Bernard Bohn on the personality of this wine: "I am the king of white wines on one of my favorite terroirs: schist. I am a gastronomic wine with a fine and fiery acidity, backed by a mineral and iodized patina. I am a grand Riesling w...

Notes from Bernard Bohn on the personality of this wine: "Dry sparkling white wine, issued from Chardonnay and Pinot Noir. I’m rejoicing after several long years of aging on the lees. I am a harmonious crémant with fine bubbles, elegant and comp...

Notes from Bernard Bohn on the personality of this wine: "I boast a feminine expression of aromas, like a cocktail of berries that reminds us of our childhood grenadine syrup with strawberry, redcurrant, raspberry, and sour cherry stones. My ric...

​Notes from Bernard Bohn on the personality of this wine: "I am the king of white wines on one of my favorite terroirs: schist. I am a gastronomic wine with a fine and fiery acidity, backed by a mineral and iodized patina. I am a grand Riesling ...

Notes from Bernard Bohn on the personality of this orange wine: "I unveil myself through a wild nature in a complex and surprising aromatic palate. I start with notes of griotte cherries and pomelos. Once aerated, I open myself to bitter orange...

The cuvée "En Vrac" is a non-vintage blend of Riesling and Sylvaner aged for two years in foudres, then bottled a l'ancienne (the old-fashioned way), unfined and unfiltered. Arthur Bohn writes: "The label comes from a postcard collector in the v...

​Notes from Bernard Bohn on the personality of this wine: "I am a Pinot Noir vinified unfiltered without added sulfites. I was born from a selection of two old vines parcels facing south: one from a unique Alsace schist terroir and the other fro...

Notes from Bernard Bohn on the personality of this wine: "My fresh and subtle nose releases redcurrant and hibiscus tones. My vinous palate delivers a complex structure which awakens a light wooded and spiced flavor of paprika. I am a long-keepi...

​Notes from Bernard Bohn on the personality of this wine: "I reveal myself with apple and bitter orange freshness. My smooth persistence wraps the palate with honey and chestnut notes, beeswax, and noble tannins, reminding one of Oolong tea. I c...